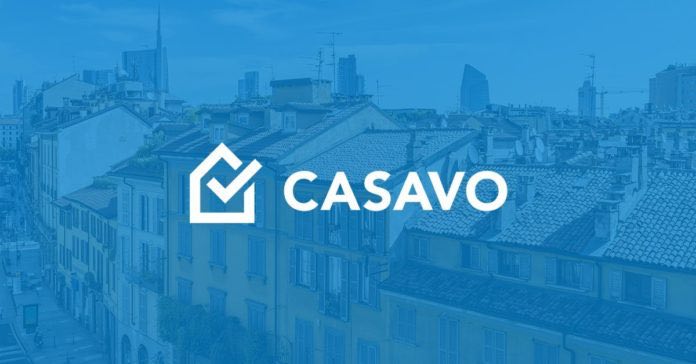 Venture debt raised by Italy’s proptech scaleup Casavo from Goldman Sachs for 150 million euros as part of a 200 million euros Series C round, including 50 million euros in equity, has been structured in the form of a  securitization. Casavo Theta CR SPV will issue partly-paid abs notes that Goldman Sachs will subscribe. The junior bonds will be instead subscribed by Casavo herself, who also plays the role of asset manager in the operation (see here a previous post by BeBeez).

London-listed fintech Supply@Me Capital, a company that Alessandro Zamboni founded and that is active in inventory monetization, is close to acquiring Singapore’s competitor TradeFlow Capital Management (see here a previous post by BeBeez). Supply@Me’s controlling shareholders are still working at the acquisition of an European bank that should act as investor for all the securitizations of Supply@Me. The target bank should finance with 8 billion euros in 5 years for supporting the international activities of Supply@Me. Supply@Me’s controlling shareholders announced that the acquisition will be financed as a co-investment with Industry 4.0 Fund managed by the Quadrivio Group.

Cdp and Unicredit launched a supply chain basket bond programme worth 200 million euros for financing Italian SMEs operating in strategic sectors of the Italian economy (see here a previous post by BeBeez). Cdp and UniCredit, anchor investors, subscribed 50% each of a 21 million issuance of Italian wine producers Feudi di San Gregorio Società Agricola, Pasqua Vigneti & Cantine and Milan-listed Masi Agricola. Such minibonds pay a fixed rate coupon and have a 7 years tenure. The bonds pay a 2.10%. The BeBeez Private Debt Report 2020 provides the subscribers to BeBeez News Premium and BeBeez Private Data with a Round Up about Basket Bonds.

Gequity (fka Investimenti e Sviluppo), a Milan-listed investment holding, issued a convertible bond of 1.4 million euros that RiverRock subscribed (see here a previous post by BeBeez). The bond will be callable from 22 June 2022, while subscribers will be able to exercise a put option from 26 March 2023 in case of covenants breach. The bond is due to mature on 26 March 2024 and pays a 7% coupon. Gequity will provide its 32% of real estate fund Fondo Margot as collateral for the issuance. The company will invest the proceeds of the issuance in refinancing a convertible bond issued February 2016 due to mature on 31 March, Wednesday paying a 4% coupon. Sign up here for BeBeez Newsletter about Private Debt and receive all the last 24 hours updates for the sector.

F.lli Antonini’s 3A Sport, a distributor of sport fashion brands, issued a minibond with a maturity of 18 months with a coupon of 4.25% through a placement on CrowdFundMe (see here a previous post by BeBeez). The company aims to raise up to 2 million euros with tickets of 10,000 euros. Modefinance assinged a B1- rating to 3ASport. The issuance is senior unsecured and the company could list the minibond on Milan market. 3A Sport will invest such proceeds in financing its working capital and could issue further revolving bonds. The turnover of 3ASport amounts to 41.9 million (45.4 million in 2019), an ebitda of one million (1.59 million), and a net financial debt of 9.8 million (6.9 million).

Unicoop Tirreno, an Italian co-operative supermarkets chain, issued a two-tranched bond of 150 million euros (see here a previous post by BeBeez). The company will invest such proceeds in refinancing its current liabilities through the issuance of a bond of 100 million with a coupon of 0.80% and a loan of 50 million with a 1% coupon. Both the bonds will pay the passive interests biannually on 30 December and on 30 June each year and will mature on 30 June 2023. The subscribers can ask at any time for an earlier repayment.

In 2020, Epic sim, now part of Milan-listed asset manager Azimut,  “structured and brokered financing transactions for 55 companies for a total value of 102 million euros. A big jump from the 15 companies financed for a total of 25.7 million euros in 2019. So in total, Epic from the start of operations at the end of 2014 to date has raised 241.1 million euros for 97 companies”, Andrea Crovetto, the company’s founder and ceo said to BeBeez, adding that the most of those deals were structured as direct lending transactions (see here a previous post by BeBeez).

Boman, an Italian building company, issued a short term minibond worth up to 300k euros (see here a previous post by BeBeez). The soon-Milan listed callable bond will mature on 30 March 2022, while Mediocredito Centrale (MCC) provided a warranty for 90% of the issuance that pays a 4.20% coupon. Boman has sales of 13.9 million and an ebitda of 0.64 million.

In 2020, J-Invest, an investor in distressed credits, generated a brokerage margin of 14 million euros (9 million in 2019) and net profits of 4 million (1.6 million) (see here a previous post by BeBeez). J-Invest’s strategic plan provided for the company to  invest 45 million for acquiring distressed credits for a face value of 500 million in 2021. However, ceo Jacopo Di Stefano said to BeBeez that they will invest more.:”We will acquire between 500 million and one billion euros of NPLs by the end of the year. To date this year we have already bought 100 million euros GBV and shortly we will launch a securitization of nominal  30 million euros, in order to allow third party investors to support us in our investments. In the pipeline, we have gross receivables to buy for approximately 350 millions. Last year we invested 30 million euros in single name credit securitization notes for a total of 294 million euros GBV”.

On 29 March, Monday, the troubled Italian shipping company Moby, which owns Tirrenia-Cin, filed with Milan Court a receivership application that does not include a debt restructuring plan as it was instead expected (see here a previous post by BeBeez). Lending banks previously accepted such a proposal of the company. However, Ad Hoc Group, the association of bondholders that includes Soundpoint Capital, Cheyenne Capital, BlueBay, Aptior Capital and York Capital that have a credit of 300 million, declined the proposal. On 28 March, Sunday, expired the deadline for reaching an agreement between Moby and its creditors and file it with the court (see here a previous post by BeBeez). A debt restructuring agreement is instead still expected to be signed by Tirrenia-CIN, a subsidiary of Moby. In this respect Europa Investimenti (Arrow Global Group) is still said to be involved as new investor.

After 10 months of tensions, the crisis of the Italian menswear fashion firm Corneliani was finally resolved, thanks to 17 million euros of new finance of which 7 millions provided by Investcorp (which today already holds a 51.4% stake in Corneliani) and 10 millions by Invitalia, using a specific fund created by the Ministry. of Economic Development, so-called Fund for the protection of employment levels and the continuation of business activities (see here a previous post by BeBeez). Actually the Fund had committed itself in investing 10 million euros last July but the money had been freezed since now waiting for a third investor to come in the deal.

Banco delle Tre Venezie (BTV)’s spv Magnolia BTV made a securitization of corporate credits worth 140 million euros together with Banca Finint (see here a previous post by BeBeez). The senior notes amount to 116 million, while junior notes are worth 24 million. Standard & Poor’s and DBRS assigned a rating of A (sf) to the senior notes.