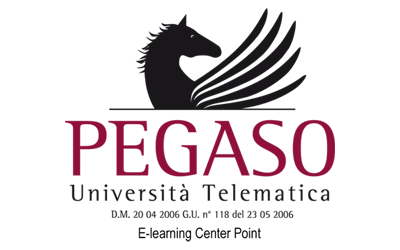 CVC Capital Partners issued a Luxembourg-listed bond of 765 million euros with a price of 99.75 cents for financing the acquisition of the remaining 50% of Italian online Universities Pegaso and Mercatorum from the founder Danilo Iervolino (see here a previous post by BeBeez). The bond was issued by the parent company Paganini BidCo spa and is due to mature in October 2028 with a coupon of 3 M Euribor (zero floor) + 425 bps (B2 from Moody’s – and B from S&P Global Rating). The fund acquired such a stake on the ground of an equity value of 800 million. The transaction value is of 1.065 billions (including 36.6 million fees and 228.4 of cash poured in the targets). CVC will also finance the acquisition with equity for 41.8 million, a short-term bridge loan of 222 million and a super senior revolving credit line of 38.7 million. In November 2019, CVC acquired 50% of Pegaso and Mercatorum as well as 50% of Certipass, a provider of certification for digital competence only with equity.

CVC Credit, the credit unit of private equity CVC Capital Partners, supported PAI Partners for the buyout of Scrigno, an Italian producer of doors that Clessidra Private Equity sold in August 2021 (See here a previous post by BeBeez). CVC issued an unitranche credit line. Scrigno has revenues of 78.1 million euros, an ebitda of 15.3 million and a net financial debt of 40.8 million.

The Italian Antitrust Authority is close to making its decision about Cinven’s acquisition of Italian pets products retailer Arcaplanet (see here a previous post by BeBeez).  Fressnapf Beteiligungs the former owner of Cinven’s Maxizoo, a German chain of items for pets, will pour 54 million euros in cash in the acquisition of Arcaplanet. The new group will belong to Cinven (63,8% del capitale), Fressnapf (32.5%) and the management (3.7%). Cinven will finance the acquisition with cash (420 millions) and the issuance of a Luxembourg-listed senior secured bond of 550 million euros with a 4.5% coupon due to mature on 31 October 2028.  The bond was issued by parent company Shiba Bidco spa. Maxizoo’s equity value amounts to 160 million. The whole transaction is worth in the region of 1.3 billions (including the banking debt’s refinancing of 148 million and 40 million of fees). Moody’s assigned a Ba2 rating to the bond and the supersenior revolving credit line of 80 million.

Prometeon Tyre Group received a sustainability-linked loan of 350 million euros from ING Italia, Agricultural Bank of China (Luxembourg), China Construction Bank (Europe), Natixis, Bank of America Europe, Arab Banking Corporation, and Barclays Bank Ireland (see here a previous post by BeBeez). The facility has a term loan of 200 million and a three-year (and an eventual one-year extension) multicurrency revolving credit facility of 150 million. The company will invest such proceeds in refinancing its current liabilities and its organic growth. The financing cost will depend on ESG Key Performance Indicators. Prometeon belongs to Cinda (38%),  Aelous (10%), a Chinese competitor, and TP Industrial Holding (52%), a vehicle of which ChemChina owns 65%, Camfin Industrial (22.4%), and Long-Term Investments Luxemburg (12.6%).

Irideos, an Italian ICT firm that belongs to F2i and Marguerite, received a financing facility of 18 million euros from ING Italia (see here a previous post by BeBeez). The loan has a 3-year tenure and SACE provided a grean warranty. Irideos will invest such proceeds in the development of Avalon 3, a Milan-based data center.

Italian real estate Statuto issued a Vienna-listed 330 million euros bond for refinancing the debt of Venice iconic luxury Hotel Danieli (see here a previous post by BeBeez). King Street Capital Management and Starwood Capital Group subscribed the bond. Statuto will invest 30 millions of such proceeds in the re-branding of Danieli. Statuto acquired Danieli from Starwood in 2005 for 242 million and a loan of 170 million from Mps and two other banks. The Children’s Investment Fund (TCI) was the sole lender of Danieli which was troubled by the pandemic.

AMCO, Intesa Sanpaolo and Prelios sold a portfolio of 50 million euros NPEs versus Venice hotels Ai Cavalieri and Ai Reali (see here a previous post by BeBeez). Sources said to BeBeez that the investors carried on a securitization with the spv Zante SPE that issued a senior (Illimity subscribed it) and a junior tranche (Cordifin subscribed it) of abs notes.  Cordifin is the major shareholder of Welldone Global Advisory that structured the deal together with Illimity bank.

Luzzatti carried on a sale of pro-soluto multiorginator single name secured NPEs (see here a previous post by BeBeez). It’s unclear whether the UTP fund of Luzzatti and Prelios acquired  part of the portfolio. This vehicle has a fundraising target of 250 million euros. This multioriginator transaction has two tranches, one in December 2021 and another in 1Q22. The first tranche of Npes has a face value of 30 millions and a median sale value of 48%. The Npes portfolio of the second tranche has a gross value of 60 millions.

Elena Cannazza is a new partner of Milan Law firm iLS having a special focus on strcutured finance and distressed credit (see here a previous post by BeBeez). Norman Pepe and Cannazza will head the team in charge of servicer and sub-servicer of npls and securitizations.