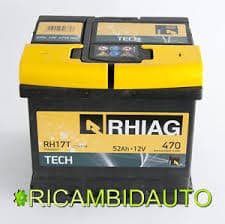 Rhiag, an Italian group  among the leaders in Europe in the distribution of aftermarket spare parts for passenger cars and commercial vehicles in the independent aftermarket, announced yesterday a tap bond offering of its existing 7.25% senior secured notes due 2020  (download here the press release) .

The bond was issued for the first time with a 200 million euros size in October 2013, together with another bond with a 215 million euros’ size maturing in 2019 and paying a floating coupon, in support of a secondaty buyout deal by Apax Partners‘ funds who bought the group from Alpha Private equity‘s portfolio.Both the bonds have been issued by Rhino BondCo spa, a vehicle 100% owned by Rhino MidCo spa which in turn is 100% controlled by Rhiag Inter-Auto Parts spa.

The proceeds from the offering of the notes are expected to be primarily used: to prepay a portion of the outstanding borrowings under the group’s 75 million euros revolving credit facility, plus accrued and unpaid interest  which has been use in the last few days primarily for financing the 32 million euros acquisition of Era spa, a leading Italian distributor of electrical and electronic parts for automotive sector (see a previous post by BeBeez).

Moody’s said yesterday that “the B2 rating of the senior secured floating rate notes due 2019 issued by Rhino Bondco spa, a subsidiary of Rhiag remains unaffected by the EUR50 million upsize” (download here the report by Moody’s).

Era reached 39 million euros in revenues in 2013 and an ebitda margin of more than 16%. Revenues are expected to be around 42 millions this year. As for Rhiag, Moody’s explains in its report, the group closed H1 2014 with 374 million euros in consolidated revenues thanks above all to extension of its product range, good penetration of Rhiag’s private brand “Starline” in Italy, and the opening of 10 new branches in Central and Eastern Europe. The solid growth in CEE and Italy was somewhat offset by difficult market conditions in Switzerland, where sales declined by 3% in Q2 2014. In H1 2014 Rhiag’s ebitda also grew by 7% to 42 million euros as a result of continued tight cost management and improved margins driven by an increased private brand penetration that has offset continued price pressure and higher operating cost following the opening of new branches in Eastern Europe.

Compared to last year, YTD June 2014 free cash flow generation turned negative at 20 million euros, due to higher investment in working capital with longer payment terms granted to Italian customers and higher inventories levels to support growth, as well as the impact of 8 millions of one-off costs paid in H2 2013 related to the refinancing and change of ownership.