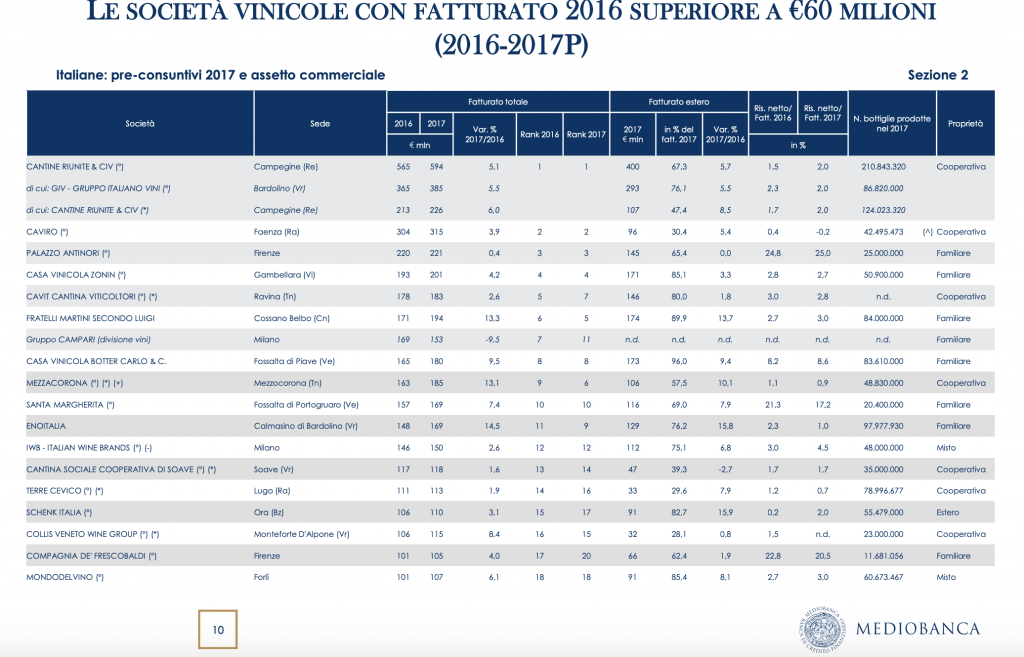 21 Invest, the investment holding owned by Alessandro Benetton, will subscribe a capital increase in iconic Italian wine maker Zonin 1821 for a 36% at a 65 million euros price, Il Sole 24 Ore wrote.

Zonin was advised by Mediobanca in the partner selection process while the new strategic plan, targeting 300 million euros of revenues  in 5 years’ time and the listing at the Italian Stock Exchange, was prepared with the support of  Bain & Co.

Zonin 1821, based in  Gambellara (Vicenza), has been looking for a financial partner since last Spring in order to facilitate the generational change in the company finanziario after entrepreneur Gianni Zonin, who was also chairman of  defaulted Banca Popolare di Vicenza, left the company to his children. In the meantime Mr. Zonin has been sent to trial with all other top managers of the bank (see here a previous post by BeBeez).

The deal attracted interest from many private equity firms, especially the ones with experience in the wine and agricultural sectors such as Idea Taste of Italy managed by Dea Capital Alternative Funds sgr aor French giant Unigrains, who invests in Italy through  Fondo AgroAlimentare I and Cerea funds.

In Spring 2016 Mr. Zonin gave to his sons Domenico, Francesco and Michele a 26,9% stake of Gianni Zonin Vineyard sas di Giovanni Zonin & C. plus usufruct rights on another  23% stake. He also gave them a 38.5% of Zonin Giovanni sas, the holding company of the group.