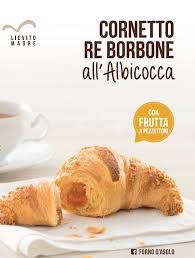 Private equity  and turnaround firms don’t stop at all their hectic activity and close deals with Spacs.

BC Partners acquired the Italian producer of bakery products Forno d’Asolo from 21 Investimenti (56%), NEIP III,Green Arrow Capital, and the Gallina family (see here a previous post by BeBeez). Alessandro Angelon, the company’s ceo, and the other managers acquired a minority of the business. This year Forno d’Asolo expects to generate sales of 133 million of euros with an ebitda of 25 million for an enterprise value of 300 million. In 2016 the company acquired Italian frozen pastries producer La Donatella. Market rumours said that the list of suitors for the company included financial sponsors Charterhouse, Triton Partners, Hig Capital, Towerbrook Capital, Idea Taste of Italy, and Cerea Capital. Trade buyers interested in Forno d’Asolo were Europastry of Spain, French Delifrance, and Belgian Vandemoortele.

Financial firms L Catterton and Ambienta are buying Pibiplast, a producer of eco-friendly packaging for the cosmetic industry (see here a previous post by BeBeez). The Bosi Family, owner of the business, will keep a minority of the business. Pibiplast has revenues in the region of 60 million of euros.

Idea Corporate Credit Recovery II (CCRII), a turnaround firm, acquired a controlling stake of textile company Canepa (see here a previous post by BeBeez). CCR II acquired the majority of the company’s credits from the lending banks. Sara Bertolini and Luca Maran are CCR II ‘s managing director and investment director. The Canepa-Saibene families will keep a 33% stake in the business while Elisabetta Canepa will be the company’s chairman. Canepa has revenues of 106 million of euros, a 10% ebitda, and net financial debts of 80 million.

Fine Foods & Pharmaceuticals Ntm, an Italian third party producer of nutraceutical and pharmaceutical products, is about to merge with Aim-listed Spac Innova Italy 1, the vehicle that raised 100 million of euros from investors (see here a previous post by BeBeez). Fine Foods will list 44% of its equity and have resources worth 100 million for developing the business organically and through m&a. Innova Italy 1 will subscribe Fine Foods’ capital increase as controlling shareholder Marco Eigenmann will not sell his shares and hold his position of executive chairman. The closing of this business combination is due by next October. Fine Foods generates abroad 60% of its revenues which are in the region of 119.6 million, with an ebitda of 16.7 million, and net financial debt of 20.4 million.

Financial sponsors QuattroR and Italmobiliare are holding talks for acquiring a majority stake in Ferrarini, an Italian charcuterie producer that belongs to siblings Luca, Licio, Licia, Lisa, and Lia Ferrarini, the sons of the company’s founder Lauro (see here a previous post by BeBeez). The business is facing financial issues as it acquired shares of bankrupted Veneto Banca. Vendors granted exclusive talks until August to Italmobiliare and QuattroR which would equally invest 100 million of euros for buying up to 90% of the company through the subscription of a capital increase and acquisition of shares. Ferrarini’s debt is of 250 million. The list of creditors includes Unicredit, Sga, the firm that owns the NPLs of Veneto Banca, Banco Bpm, Intesa Sanpaolo, Carisbo, Credit Agricole Cariparma, and Banca del Mezzogiorno. Ferrarini has revenues of 335 million with an ebitda of 29.5 million and listed on Milan ExtraMot Pro two minibonds. A private debt fund managed by Duemme sgr (Mediobanca group) subscribed one of them issued in December 2016 is of 5.5 million, with maturity in 2020 and a 5.625% coupon. Another liability of 30 million will mature in April 202 and pays a 6.375% coupon.

Auction for about 70% of Harmont&Blaine brand starts