Advent takes control of Irca, a leading B2B ingredients maker for chocolate and cream, in a one billion euro deal 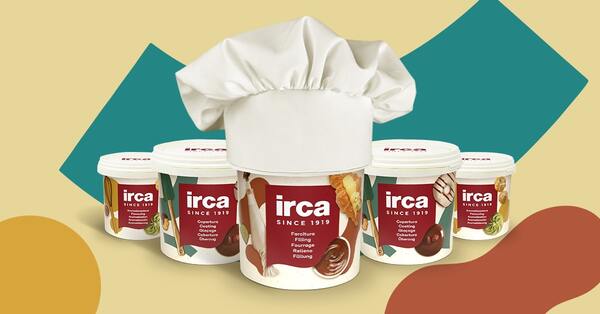 Advent International won auction for control of Irca, the Italian company based in Gallarate (Varese) leader in the B2B production of chocolate, creams, ingredients and semi-finished products for confectionery, bakery and ice cream. Carlyle had put Irca on sale at the end of 2021 ( see here a previous article by BeBeez). The US private equity operator Advent International (see the press release here) was awarded the deal, based on a valuation of over one billion euros, in line with expectations.

We recall that BeBeez had calculated an enterprise value of at least 800 million for Irca last December, assuming 2021 financial statements only in line with those of 2019 and applying the same multiple of the buyout made by Carlyle in 2017. We recall, in fact, that at the time Carlyle, through its Carlyle Europe Partners IV fund, had acquired 97% of Irca from Ardian for 520 million euros (see here a previous article by BeBeez), after which in 2016 revenues had reached 251 million euros with an ebitda of 40 million, therefore with a valuation multiple of 13x the 2016 ebitda. The group then closed 2020 with 271.5 million euros (from 322.4 millions in 2019), an ebitda of 41.2 millions (from 61. 4 millions) and a net financial debt of 315.3 millions (from 318.7 millions) (see the Leanus report here, after registering for free). But 2021 closed with a net recovery in turnover that is seen at around 365 millions, more than 10% above 2019, in the pre-Covid era. In addition, growth in 2022 is still expected to double-digit percentage. Data, therefore, that lay the foundations for much higher evaluations than the one that appeared for the group in June 2017.

Carlyle’s advisors in the transaction were BNP Paribas and Rothschild on the financial front and Latham & Watkins on the legal front. Vitale and Morgan Stanley, on the other hand, acted as financial advisors to Advent, while BonelliErede was the legal advisor. The transaction, which is subject to customary regulatory approvals, is expected to close in the third quarter of 2022.

Founded in 1919 by the Nobili family, Irca is now a leader in Italy and Europe thanks to a product portfolio of around 3,000 items intended for industrial customers and distributors in over 90 countries. The group operates with three state-of-the-art production sites located in Italy, along with three international production sites in Belgium, the United States and Vietnam. In recent years the company has grown both organically and through acquisitions. The latest m&a operation announced dates back to last March 2021, with the acquisition, from the Clever family of In2Food Gourmet Inc, the American leader in the distribution of premium European products, mainly intended for the pastry market( see here a previous article by BeBeez). In2Food Gourmet was then integrated with Dobla Usa, the US branch of the Dutch subsidiary Dobla, an international producer of high quality chocolate decorations, acquired by Irca in 2018.

The Nobili family had sold 80% of the company to the Axa Lbo Fund V of Ardian in 2015 (see here a previous article by BeBeez) and the family remained with 20%. At the same time the fund acquired control of Italcima srl ​​(based in Vergiate) and D&D Service srl (Busto Arsizio), both in turn controlled by Bruno Nobili and his family, and which have been integrated with Irca.

Returning to the acquisition by Advent, Francesco Casiraghi, managing director of Advent, commented: “We believe that IRCA offers a winning proposition in a sector that benefits from long-term positive trends. The track record of growth supported by IRCA derives from the its constant attention and understanding of customer needs, its innovative capacity and typical Italian excellence in creating high quality food ingredients. We believe that IRCA is perfectly positioned to continue its expansion, reaching a growing number of chefs globally with solutions increasingly innovative; we are excited to support management in the future growth of the company. ”

Paolo Perego, ceo of IRCA, added: “I would like to thank Carlyle for supporting me and the management team in making IRCA a European leader in the ingredients sector. We are very happy to be working with Advent, which we believe to be the ideal partner. in light of their track record of development and growth of Italian and international companies. We believe that their deep experience in the sector and their strong global footprint will help us to take the next step to become a true global leader in this very interesting sector”.

Filippo Penatti, managing director of the Carlyle Europe Partners advisory team, concluded: “We are proud to have partnered with Paolo and his outstanding management team in the transformation of IRCA over the past five years, helping the company to become a leading European B2B manufacturer in its sector. By investing in its manufacturing skills, diversifying its product offering. produced also through the strategic acquisition of Dobla, expanding the global presence of the company with penetration in the United States, and strengthening the management, IRCA has achieved excellent growth and higher than that of the reference market. Considering the quality of the management, we are confident that IRCA will continue on its growth trajectory with the support of its new shareholders”.

The sale of IRCA continues a dynamic start to the year for Carlyle, which last March signed in Italy the acquisition of Dainese, the legendary manufacturer of the iconic motorcycle suits, but also of other technical clothing and protections for centaurs and practitioners of other dynamic sports such as skiing, cycling, horseback riding and sailing (see here a previous article by BeBeez).