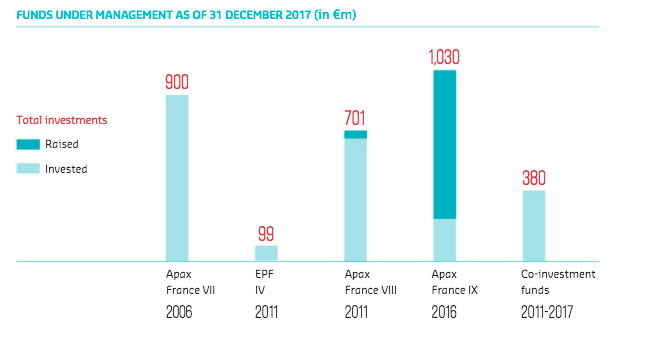 Apax Partners France comes to Italy and opens shop in Milan. The new office will be managed by  Francesco Revel-Sillamoni,  who joined Apax Partners in 2012, while Francesco Panfilo has been nominated Apax’s senior advisor, being in charge of looking for new investment opportunities in italy in the four sectors where Apax is focused or TMT, Consumer, health and services (see here the press release). Mr. Panfilo is also chairman of the Italian venture capital firm Panakes Partners sgr and was founder of private equity firm PM&Partners.

Apax Partners France also has interests in other two Italian businesses through two portfolio companies: Telemar, an Italian player in telecommunications and navigations systems, bought by Marlink, the largest technology-independent satellite communications and digital solutions provider, in November 2016 (see here a previous post by BeBeez); and Stroili Oro, the number one jewelry retailer in Italy, bought by THOM Europe, leading jewelry retailer in Europe, in October 2016 (see here a previous post by BeBeez).

Apax Partners France’s funds have a 45 years’ old history. Founded in 1983, Apax Partners sa has been managing the first 7 funds, while starting from fund VIII the managing company was Apax Partners MidMarket sas, managed by ceo Eddie Misrahi. The French private equity firm today has more than 3 billion euros of assets under management and is investing Apax Partners IX Fund which closed its fundraising in 2016 reaching 1.03 billion euros (see here the 2017 Annual Report). Apax Partners France has been always focused on investments in mid-market companies in French-speaking countries while recentely the firm has decided to enlarge its activity in other countries in Europe.

Apax Partners France divided its story from the one of London-based Apax Partners LLP in 2002, when all Apax Partners national private equity teams (with exception of the France team) merged to manage regional funds with paneuropean, North-America and Asia focus. On Dec 31st 2017 Apax Partners LLP funds had an equivalent of 42.7 billion euros of assets under management.