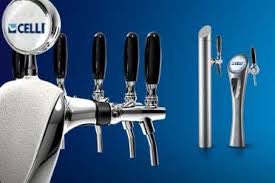 Ardian won the auction for Celli spa, the Italian leader in the production of systems and accessories for tapping beer, soft drinks and water. The auction was underway since last October under the direction of the advisor Baird (see here a previous post by BeBeez).

Sellers are the Consilium Private Equity Fund (see here the press release) that had bought 70% of the company in July 2013, and the Celli family who owned the remaining 30%(see here a previous post by BeBeez). The management, led by the managing director Mauro Gallavotti, will reinvest with Ardian.

Among the advisors of Ardian, Mediobanca and the law firm Giovannelli e Associati. Consilium sgr was assisted for the m6a issues by RW Baird, for the due diligence by Kpmg, Russo De Rosa and Associates and for the legal issues by Orrick.

The evaluation of Celli could be attested, according to rumors, around 200 million euros. Celli closed 2017 with 100.6 million euros of net revenues, an ebitda of 11.5 million and a net financial debt of 31.8 million (see here the analysis by Leanus, after registering for free).

Founded in 1974 and headquartered in San Giovanni in Marignano (Rimini), Celli is now the world’s fourth largest player in the niche of spillers and specializes in the design, construction, testing and installation of innovative beverage dispensing solutions for breweries ( including Heineken, Carlsberg, Asahi, Molson Coors, Budweiser), soft drinks (including Coca-Cola, Pepsi). The group is also active in the production of water dispensers.

In recent years the company has grown both organically and through acquisitions, rising from 34 million euro in 2013 to about 110 million in 2018. In particular, in 2015 the company bought the English group ADS2, specialized in the design of customized columns and design for tapping beer; in 2016 he bought Cosmetal, a company from the Marche region specialized in the production of solutions for drinking water supply; while in 2017, through ADS2, he bought the British company Angram Ltd, a Yorkshire company specialized in the production of traditional beer pump tapping systems. Finally, in March 2018, 100% of FJE Plastic Development Ltd was acquired, a British company specialized in injection molding, whose plants allow a controlled use of recycled plastics.