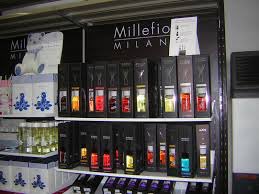 Millefiori is an international leader producing high-end scented candles and home perfumes and has been valued 50 million euros or around 10x the 2013 ebitda which was 5.1 million euros (from 3.4 millions in 2012) out of 21 millions (from 19.8 millions) of revenues. That enterprise value implies for Ape sgr a 5x multiple of the capital invested or a 60 pct Irr.

Ape sgr bought its stake in Millefiori in January 2011 through Emozione srl holding and the company was then valued (enterprise value) 14.5 million euros or just a but over 1x the 2010 revenues(which were of 14 millions) and 5.6x the ebitda (which was 2.6 millions).

Ape sgr recently bought  Intermonte Bcc Private Equity sgr, another Italian private equity operator, which has been merged into Ape (download here the press release). Led by ceo Marco Cornaglia, Ape sgr is now in fundraising for its third fund targeting 50 million euros of committements. Ape has just reached a first closing at 30 million thank to committements from both private and institutional investors.