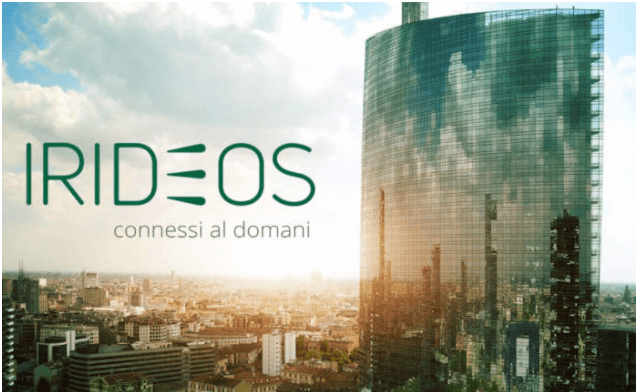 Asterion has in fact acquired the entire share of the capital of Irideos which until now belonged to F2i sgr,  that is 78.4%. The remaining 19.6% will instead remain with the Marguerite fund. JPMorgan advised Asterion in the transaction, which is expected to close in the fourth quarter of 2022.

The Irideos group, born in May 2018 from the aggregation of Infracom, KPNQWest Italia, MC-link, Enter and BigTLC, all tlc portfolio companies of F2i sgr and the Marguerite fund, to which Clouditalia and its subsidiary Noitel Italia were added, was in the crosshairs of large funds from early Autumn 2021 (see here a previous article by BeBeez) while the auction was then launched last January, with the mandate to Mediobanca and ING (see here a previous article by BeBeez).

Asterion, founded by the former number one of Endesa Europe, Jesu’s Olmos is the same fund that at the beginning of the year delisted from Piazza Affari Retelit, one of the main suppliers of independent wholesale fiber services in Italy, with a platform of about 15,000 km of fiber, including metro networks in the 14 largest cities, as well as 19 data centers (see here a previous article by BeBeez).

In turn, Irideos owns a network of approximately 27,000 km of fiber optic routes along motorways, the Adriatic coast and in metropolitan areas and 15 data centers, including the Avalon Campus or Avalon 1, which is the largest Italian Internet interconnection point, in via Caldera in Milan, together with Avalon 2 and Avalon 3 datacenters built very close. The combination of the two groups will therefore create the largest alternative B2B connectivity provider in Italy, a platform with a 42,000 km fiber network and 34 data centers.

Through this transaction, Asterion strengthens both the depth and breadth of its European digital infrastructure portfolio, which currently includes 1.4 million premises passed with Fiber-To-The-Home, 49,000km of long-distance fiber networks, 8,000 rural backhaul radio links and 42,000 square meters of data center space in Spain, Italy, the UK and Ireland.

Jesús Olmos, founding partner and ceo of Asterion Industrial Partners, commented: “The additional acquisition of a majority stake in Irideos paves the way for the next phase of growth of our Italian fiber resource and data center platform. We are particularly excited about the opportunity to combine Retelit and Irideos, creating a leading independent platform of significant scale. ”

Renato Ravanelli, ceo of F2i, said: “F2i has built over the years Irideos as the main independent corporate telecommunications provider in Italy through a process of aggregation and rescue of minor Italian operators, whose value and expertise would otherwise have been lost. Today we are proud to take Irideos, its important businesses and its 650 employees to a new phase of growth, thanks to the strengthening of its position that will result from entering a larger project. This is an example of F2i’s mission to provide growth and value to Italian industry. We are confident that Irideos, with the support of Asterion, will consolidate its leadership and proceed to the next level of its development ”.

Led by ceo Danilo Vivarelli, Irideos had closed 2020 with a turnover of 207.5 million euros, a gross operating margin of 48 and a reduction in red from 9.9 million in 2019 to 6.4 million of 2020, after the financial charges. The debt includes a loan of 150 million euros that the group secured from the banks in January 2020 to support the implementation of its industrial plan by 2024 which has the objective for that date to increase turnover by 30% and to double the ebitda (see here a previous article by BeBeez).

Last December 2021, the group secured an 18 million euro loan with SACE green guarantee from ING Italia. The loan was disbursed to Irideos Datacenter Italia srl, a company wholly owned by Irideos, for the construction of Avalon 3, a new data center in Milan which will cover an area of ​​3500 square meters and which will have an installed power of 3.2MW (see here a previous article by BeBeez).