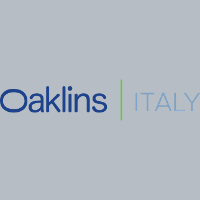 Banca Akros, the corporate & investment bank of Milan-listed Banco BPM group, has acquired 100% of Oaklins Italy, the m&a advisory company founded by Attilio Arietti. The latter will remain president of Oaklins Italy and will remain active in the company, as well as the current management team.

The company in turn will remain part of the Oaklins international network, active mainly in the mid-market and specialized in cross-border operations. The network counts a total of over 850 professionals active in 52 partner companies that own the Oaklins brand.

The participation of Oaklins Italy in the Oaklins international network is the main reason behind the transaction for Banca Akros, which was looking for a solution to strengthen its m&a advisory activity beyond the Italian borders. As for Oaklins Italy, thanks to the deal it will also be able to offer its customers equity and debt capital market services.

Banca Akros was assisted in the transaction by the Gattai law firm and the tax law firm Facchini Rossi Michelutti. Oaklins Italy was, on the other hand, assisted by the Weigmann law firm.

Marco Turrina, ceo of Banca Akros, commented: “The transaction completed with Oaklins allows us to further enhance our position in the mergers and acquisitions market and allows, in line with the objectives of the Banco BPM group, to increase our role of reference for Italian mid-caps in all areas of corporate and investment banking “.

Giuseppe Puccio, head of the investment banking structure of Banca Akros, appointed ceo of Oaklins Italy, added: “The strength of Oaklins in the m&a sector integrates our business in an ideal way, ensuring customers, companies and financial institutions, an expansion of skills and services, which are flanked by an extensive international projection to the advantage of their projects for the enhancement, growth and diversification of the business and for the search for qualified partnerships”.

Among the latest m&a deals followed by Oaklins Italy with the role of advisor, there are the acquisition of 85% of Magnum Cap Lda, a Portuguese company dedicated to the production and distribution of charging systems for electric vehicles, by Scame Parre, one of the main Italian manufacturers of components for electrical systems; the acquisition of the majority stake in MultiOne srl, leader in the production of articulated skid steer loaders and accessories for farming, gardening, landscaping and construction, announced last February by the listed Swedish investment group Lifco; and the acquisition for 28.4 million euros of 100% of Janz-Contagem and Gestão de Fluídos sa, a Portuguese company owned by the Janz family specializing in the production of residential water meters, announced by Milan-listed SIT Group, which creates solutions for controlling environmental conditions and measuring energy consumption.