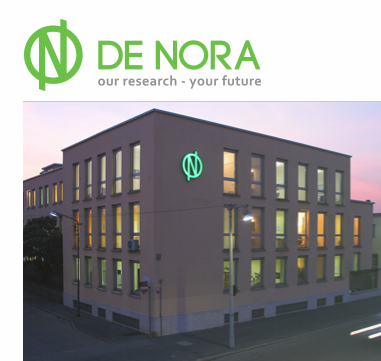 US private equity giant Blackstone is studying its exit from De Nora, an Italian group active in the design, production and supply of electrochemical and water treatment technologies, Il Sole 24 Ore reports, adding that at the moment, a formal process has not yet started, but the dossier  is said to be on the table of other private equity firms already.

De Nora was founded in 1923 by Oronzo De Nora. In April 2017, Blackstone acquired a 35% stake in the company through the Blackstone Tactical Opportunities fund (see here a previous article by BeBeez). The value of the deal had not been disclosed, but in the previous months, when De Nora was still thinking of an ipo on the Italian Stock Exchange (an hyopthesis under study since the end of 2015, see here a previous article by BeBeez), rumors were of an enterprise value of approximately 900 million euros .

Today De Nora is the first group in the world in the supply of electrodes for electrochemical processes (chlor-alkali industry, galvanic treatments, electronics, electrochlorination, electrochemical corrosion prevention, energy storage from renewable sources and components for fuel cells) and is among the leading players in technologies and processes for water filtration and disinfection (potabilization, process water treatment, industrial and civil wastewater, ballast water treatment).

The company has grown internally thanks to continuous innovation but also externally with important acquisitions in the USA, Japan, England and Italy. In February 2019, De Nora bought the US company MIOX (Albuquerque, New Mexico) from the London-listed British group Johnson Matthey (see here a previous article by BeBeez).

De Nora is based in Milan and is present in 12 countries with 12 production plants and research & development centers in Italy, the USA and Japan. Last September it opened a plant for the production of electrodes in Mentor, Ohio (USA), following an investment of 29 million euros (see here a previous article by BeBeez). In July 2018, De Nora was awarded a contract, said to be worth 30 million euros, by the Hong Kong SAR Water Supply Department to sanitize 10 water plants in Hong Kong (see here a previous article by BeBeez). The company closed 2019 with a turnover of 440 million euros, an EBITDA of 35.7 million and a net debt of 148 million (see here an analysis by Leanus, once registered for free).