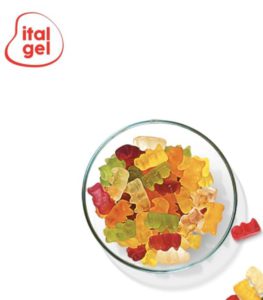 AN English version will be available soon

Bregal Unternehmerkapital Funds (BU) won the auction for the majority of Italgel srl, a leading global producer of gelatine and collagen for food, pharmaceutical and technical use. The seller is Italgelatine spa, a company of the entrepreneur Sandra Lesina Vezza, which will reinvest in a qualified minority stake in the acquisition vehicle, in addition to maintaining the role of chairman and chief executive officer of the company (see the press release here).

The operation, financed by Banco BPM as sole underwriter assisted by Simmons & Simmons, was expected. In fact, last November the news of the auction in progress for the Piedmontese group circulated, which saw among the candidates admitted to the second phase of the auction, managed by Colombo Associati, the NB Renaissance, Checkers, Peak Rock Capital and Riverside funds (see here a previous article by BeBeez). Only then there was talk of the sale of the whole group, therefore also of Italmeat srl, producer of gelatine of bovine origin as well a subsidiary of Italgelatine. However, sources close to the operation have specified to BeBeez that the subject of the negotiation has always been Italgel alone.

The latter “is a leading company in a market with excellent growth prospects, particularly in the pharmaceutical and nutraceutical sectors”, commented Valentina Pippolo, Bregal partner and country head Italy, who added: “This is an operation consistent with the BU investment philosophy, which aims to give a further boost to the growth path achieved by Sandra Vezza in the last 30 years. The aim will be to strengthen Italgel’s positioning in Italy and abroad through a plan expansion that also provides for growth through external lines combined with significant investments, with a strong focus on sustainable development and energy efficiency “.

Vezza added: “Since 1991, the year in which I took over the company, I have embarked on a path of growth and strategic development. Today the time has come to face new challenges in the global market by developing increasingly innovative projects, in particular new ones. products for the pharmaceutical and nutraceutical sectors; it is therefore essential to broaden the company’s horizon, identifying an appropriate partner with whom to build tomorrow. I have found in Bregal a highly skilled team, which will integrate well with the territorial fabric in which we operate and with the current management “.

The Vezza family founded Italgel in 1968 and then made it a global player by diversifying its product and customer portfolio and building one of the most automated and efficient factories in the world. Today Italgel is a leader in the production of gelatine and collagen intended for a wide range of applications for the food, pharmaceutical and nutraceutical industries and is able to ensure total traceability and quality of raw materials, as well as high product customization. No specific accounting data are available for Italgel. The Italgelatine group closed the 2020 financial statements with 71.2 million euros of net revenues (from 56.8 million in 2019), an ebitda of 10.4 million (from 6.7 million) and a net financial debt of 13, 7 million (from 9.1 million) (see the Leanus report here, after registering for free). Italmeat had a turnover of 24.9 million euros in 2020, with an ebitda of one million and net liquidity of just under 250 thousand euros, see the Leanus report here). Therefore it is likely that Italgel’s 2020 turnover will be around 46 million.

The entrepreneur, through the holding Finvezza srl, also controls Gufram srl, a pop design furniture company (known for iconic products such as the Bocca sofa, the Pratone chaise longue and the Cactus coat hanger) that Poltrona Frau, then controlled by the Charme fund led by Matteo di Montezemolo, took over in 2011.

Italgel is the second operation carried out south of the Alps by BU, which in September last year acquired the majority of Safety 21, leader in the Smart Road and Smart City sector, taking over from the founder Gianluca Longo and HAT sgr, see here a previous article by BeBeez).

In fact, BU with its first two funds was conducting mid-market private equity investments in the DACH region (Germany, Austria and Switzerland), while starting with the third fund, which closed funding in March 2021 at 1.875 billion euros (see here a previous article by BeBeez), has expanded the geographical area of ​​investment to Northern Italy. It is no coincidence that Pippolo, before arriving in BU, had held the same position as country head for Italy in Alpha, which, like BU, invested only in the DACH area before extending to Italy. BU pays particular attention to market leaders and “hidden champions”, who have solid managerial structures and great potential for success. Through “patient capital”, entrepreneurial skills and a consolidated network, the BU team works closely with entrepreneurs in order to develop, internationalize and digitize the companies in their portfolio, helping them to generate sustainable value on a responsible basis. As part of its commitment to ESG issues, BU supports its subsidiaries by financing sustainable investments also through the Bregal fund for “Sustainable Development” with an endowment of 40 million euros. In the last year, Bregal has supported charity and post-pandemic recovery projects for the companies in its portfolio through the resources made available by the Bregal Fund for the COVID-19 emergency, with an endowment of 3 million euros.

However BU is part of a larger group, Bregal Investments, which today boasts 12 billion dollars in assets under management, spread across various strategies. One of these is represented by the Bregal Milestone fund, which invests in growth capital for tech companies in Europe and has had the Italian Epipoli in its portfolio since May 2019 (see here a previous article by BeBeez). Last October the fund put 100 million euro on the table to acquire 16.09% of InfoCert (Tinexta group), the Italian market leader in digitization and dematerialization services (see here a previous article by BeBeez). And from the following November Bregal Milestone has been competing with Armira for the acquisition of IK Multimedia Production srl, an Italian developer of apps for musical creations and manufacturer of hardware components always for use by musicians (see here a previous article by BeBeez).