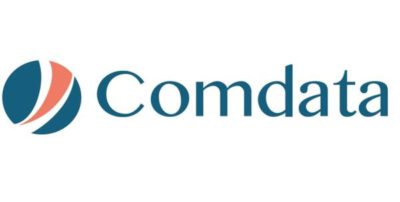 An English versione will be available soon

Comdata, a group specialized in the provision of contact center services for financial institutions, active in 21 countries and controlled by Carlyle, is on the market. This was reported in recent days both by MF Milano Finanza and Il Sole 24 Ore.

The operation follows the debt restructuring closed last June (see here a previous article by BeBeez). At the time, in fact, as anticipated by BeBeez, the financial creditors had agreed to swap part of their debt into equity-like participatory financial instruments (SFP). The creditors’ okay had arrived at the same time as a securitization closed by Bnp Paribas selling 356.8 million euros in loans and at the same time as a capital increase was made by the managers, led by the ceo Maxime Didier, who increased their minority stake from 15% to 40%. The 50 key managers participate now in the shareholding structure, together with Carlyle, who in December 2015 had won the auction for the control of the group, acquiring around a 90% stake of the capital (see here a previous article by BeBeez). According to reports from Reorg at the end of last March, 30% of the debt is said to have been swapped into SFP, while S&P Global in mid-March was talking about a 40% stake. We recall that among the lenders, in addition to Bnp Paribas, there are CQS, Investcorp, GSO, CA CIB and Société Générale.

“The company had breached its debt covenants and the lenders had granted a standstill period last December 2020” in order to find a solution, reads a note from Moody’s released last June in which the agency assigned the Caa3 rating to both the group and the outstanding credit lines (510 million euros of Term Loan B maturing in 2024 and 85 million euros of senior secured revolving credit line maturing in 2023) and the new abs notes issued by the securitization vehicle Comway SPV srl.

In a subsequent note, dated 30 August, Moody’s then announced the upgrade of Comdata’s corporate rating, its credit lines and securitization notes to Caa1 from Caa3, precisely following the debt restructuring that led to a debt reduction. In particular, Moody’s assigned the Caa1 rating to the 375 million secured senior loan maturing in 2024 which has replaced the 510 million euros loan and the 85 million euros revolving credit line and announced a rating upgrade from Caa3 to Caa1 of the securitization notes issued by Comway SPV srl expiring in July 2024.

Also in the note from Moody’s we read that Comdata’s operating performance improved significantly in the first half of 2021, so much so that the adjusted ebitda of the last 12 months at the end of June reached 63 million euros, after only 39 millions all of 2020. All this is in combination with a 37% reduction in financial debt as a result of the restructuring, which brought to a reduction in financial leverage to about 8x.

Recall that Comdata’s adjusted ebitda had decreased by approximately 49% in 2020 to precisely 39 millions, thus increasing the adjusted gross leverage to approximately 11x from 8.2x in 2019, according to Moody’s. with the material costs of liquidity restructuring it had led to a negative free cash flow, which had eroded the company’s cash balances. The group had closed 2020 with 897 million euros in revenues, up from 956 million in 2019, when it had recorded an ebitda of 83.9 million, against a net financial debt of 531.8 million (see the analysis here by Leanus, after free registration).

According to the calculations of Moody’s, Comdata’s operating performance should continue to improve, with an adjusted ebitda that will reach around 72 million euros at the end of 2021 and 77 million at the end of 2022, with the result of raising the financial leverage to 7.5x at the end of 2021 and 7.3x in 2022. That said, according to Moody’s,  it is necessary for the adjusted ebitda to reach 75 million euros per year for the generation of cash flows to be able to keep the company at breakeven, once interest payments on the debt return to full capacity in 2023.

Having brought the financial structure back into balance, now Carlyle’s preferred option is said to be selling Comdata to an industrial operator who can further expand the company’s reach on an international scale. The sale of Comdata could go live starting in 2022, with a mandate that is said to be already been entrusted to Citi.

We recall that in 2018 Comdata was working on the project of a large European acquisition and the possible target was Arvato, a big call center company that at the time boasted a billion euros in revenues, that was put up for sale by the German media giant Bertelsmann. It was said that Carlyle had given UBS and Bnp Paribas a mandate to support it in the new large acquisition, which Comdata did not intend to make alone, but together with a partner (see here a previous article by BeBeez). Obviously, for Arvato, which was valued around 600-700 million euros, there was a large list of industrial suitors, in most cases with private equity funds behind them.

In addition to Comdata in line for Arvato there were the French Webhelp, then controlled by KKR and after acquired by Group Bruxelles Lambert; the New Yorker Atento, then controlled by Bain Capital and after passed under the control of its financial creditors HPS Investment Partners, GIC and Farallon Capital Management; the US TTEC (formerly TeleTech), listed on the Nasdaq; and the Spanish Konecta, then controlled by PAI Partners and Banco Santander and after passed under the control of the Intermediate Capital Group (ICG). The deal on Arvato then did not complete and the company is still part of the Bertelsmann group.

Now Konecta, almost identical in size to Comdata’s, is listed as one of the most likely suitors for Comdata, given that ICG among its top executives counts several Carlyle veterans such as Zeina Bain, who, after 18 years in the US fund where she had headed several mega deal, in 2019 moved to ICG as European head of European Subordinated Debt & Equity. Recall that ICG in September 2020 opened an office in Milan, entrusted to the care of Luigi Bertone (see here a previous article by BeBeez).