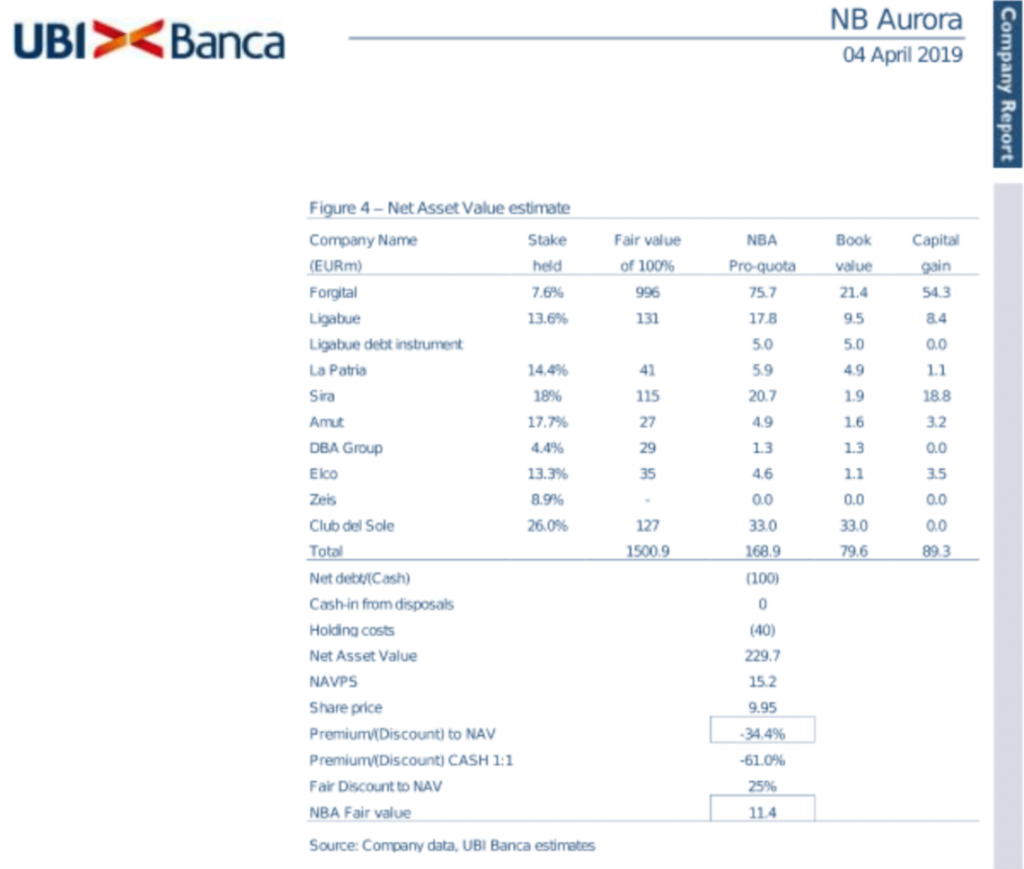 Carlyle signed the binding agreement to acquire 100% of the capital of Forgital spa, the Vicenza-based company specialized in the production of rings and other large forged components destined for the aerospace, oil & gas and energy sectors, which is 83% controlled by the Spezzapria family and 17% by Fondo Italiano d’Investimento, NB Aurora announced (download the press release here). Fondo Italiano d’Investimento is actually managed by Neuberger Berman and 44.5% underwritten by NB Aurora, a private equity investment vehicle listed at the Milan Stock Exchange, in turn managed by Neuberger Berman, while the remainder stake in Fondo Italiano d’Investimento is subscribed by the NB SOF IV Holdings fund in turn managed by Neuberger Berman. Forgital was valued at 950 million euros.
In December 2013, Fondo Italiano d’Investimento, then managed by Fondo Italiano d’Investimento sgr, had invested 30 million euros for a 17% of Forgital (see here a previous post by BeBeez). In its note NB Aurora specifies that the transaction provides for NB Aurora the right to receive distributions from FII for about 50 million euros against a book value  of about 21 millions for a capital gain therefore estimated at 29 millions .
The transaction is subject to the approval of the EU Antitrust Authority and the golden power of Italy and France. Involved in the deal were the law firm Latham & Watkins on behalf of Carlyle; Jacobacci provided assistance with regard to intellectual property aspects. Forgital was supported by Gatti Pavesi Bianchi, Zulli Tabanelli and Carnelutti. The Spezzapria family was assisted by Doria law firm.
The enterprise value of Forgital is in line with expectations (see here a previous post by BeBeez). Forgital closed 2017 with 419.4 million euyros in revenues, an ebitda of 82.7 millions and a net financial debt of 108.8 millions. In the first NB Aurora coverage report published by UBI Banca released last November, the bank’s analysts estimated a value of Forgital’s equity  between 770 and 830 million euros, corresponding in this case to an enterprise value of 922 millions. In the last report published in December, then, UBI Banca indicated an equity value for Forgital of 822 millions. Considering therefore also the net financial position, the enterprise value reached approximately 915 million euros. UBI Banca then further corrected the valuation for Forgital, calculating in its latest report on NB Aurora at the beginning of April an enterprise value of 996 million (see the UBI report here).