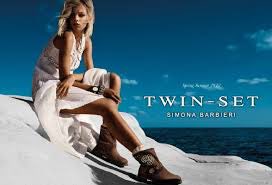 Carlyle raises its stake to 100% in Italy’s fashion group Twinset. The US private equity fund who already owned a 90% stake in the group Usa, announced last April 14th that stylist and founder Simona Barberi sold Carlyle its 10% stake which was owned through its veichle Simona Barbieri spa (see here the press release).

As Mrs Barbieri won’t be a shareholder anymore, she won’t seat in Twinset’s Board anymore and will leave its creative director position too.

Managed by ceo Alessandro Varisco, Twinset reached 203.6 million euros in 9 months in 2016 after having posted 237.4 million euros in the whole 2015, when it reached 36 million euros in adusted ebitda and recorded a net financial position equal to 4.25x its ebitda. Moody’s lowered the rating on Twinset’s 150 million euro bond to B2 from B1 with a stable outlook last May (see here a  previous post by BeBeez).

Moody’s actually said that Twinset showed just a limited growth in ebitda versus expectations and that for that reason leverage reduction was slower than expected so that net debt to ebitda ratio will hardly be seen under 4x before 2018.