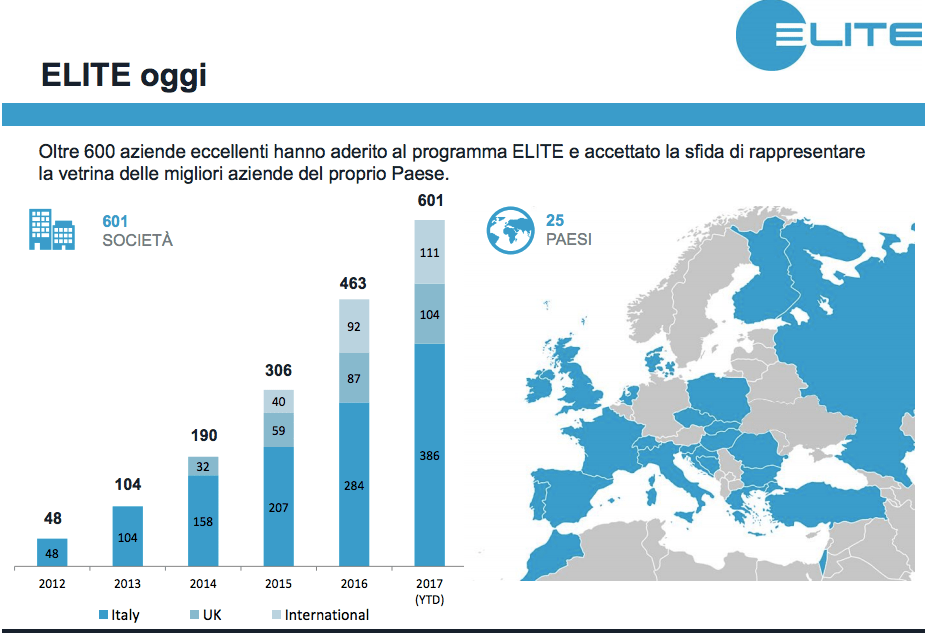 The latter is London Stock Exchange Group’s innovative SME support and capital raising platform that  was launched by Borsa Italiana in 2012 and rolled out by LSEG in the UK in 2014 and across the rest of Europe and internationally in 2015.

The deal aims at consolidating Elite’s role as an international platform and strengthen its expansion across Europe and Asia.

More than 600 companies comprise Elite’s growing community. Elite companies represent 25 countries across 36 sectors, generating 50 billion euros in combined revenues and account for over 215,000 jobs across Europe and beyond.

One year ago  Elite Club Deal was launched, an online platform aiming at matching opportunites for private equity and private debt deals relating to Elite’s community (see here a previous post by BeBeez). BeBeez is told that a pilot phase is now coming to an end and that in a few weeks the platform will be ready to work.

Building Energy to list in 3 years in London. In the meantime issues a 100 mln euro pre-ipo mandatory convertible bond

A busy a week for Spacs in Italy. Here is what is coming on the market in the next few days