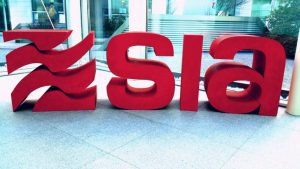 The final passage of control of European group of payment services and infrastructures, SIA to the Italian Government sponsored investment veichle Cdp Equity and to Poste Italiane has  been signed in recent hours.

According to BeBeez, in fact, immediately before the Halloween holidays F2i sgr and HAT sgr sold their stakes in SIA to Cdp Equity, while on the return from holidays Unicredit and Intesa Sanpaolo sold their stakes to FSIA Investimenti, an investment veichle  30% owned by Poste Italiane and 70% by FSI Investimenti, which in turn is 77% controlled by Cdp Equity and  by the Kuwait Investment Authority for the rest. The transaction was expected  since last May (see here a previous article by BeBeez).

More in detail, Cdp Equity acquired a 17.05% stake in SIA from F2i Reti Logiche srl, a vehicle belonging to F2i sgr and 8.64% of SIA owned by Orizzonte Infrastrutture Tecnologiche srl, which is part of the Ict fund and the Sistema Infrastrutture fund, both managed by HAT sgr. The transaction, as anticipated by BeBeez last May (see here a previous article by BeBeez), was conducted on the basis of the basis of an equity value of SIA of 2.4 billion euros and on an enterprise value of approximately 3.2 billions, equal to 12.5x the expected ebitda for 2019 and 14.6x the normalized 2018 ebitda, which was 222 million euros, compared to net revenues of 614.8 million euros and a net financial position of 723.9 million euro. Figures that led HAT sgr to cash in 209 million euros of equity for its stake, while F2i sgr in turn brought home over 412 million euros for its stake.

On the other hand, the two banks made a less rich deal, given that their stakes were being sold as the underlying asset of a call option owned by FSIA, F2i sgr and HAT sgr. That option gave each of them the right to buy all the shares of SIA owned by Unicredit and Intesa Sanpaolo, each 3.97% for a total of 7.94% of the capital of SIA, at a fixed price corresponding to an enterprise value of SIA equal to about 7x the adjusted ebitda of 2018, which means an EV of just about 1.55 billion euros. The option had to be exercised by May 27 last year: F2i and HAT have not done so, thus leaving FSIA the right to acquire all the additional 7.94% stake alone.

At the end of the transaction, Cdp Equity therefore bought 25.69% of SIA, while FSIA, which previously owned 49.48%, rose to 57.5% of the group, for a total of 83.19 %. The rest of the capital of SIA continues to be held by Banco Bpm, Intesa Sanpaolo, Unicredit, Mediolanum and Deutsche Bank. The financial advisor of HAT and F2i was Vitale & Co. while that of Cdp Equity was JP Morgan.

We remind you that for months there have been rumors of possible mergers  of SIA with the Milan-listed paytech Nexi or with some other subjects in the Italian or international sector and of a possibile ipo (see here a previous article by BeBeez). In this regard, SIA’s ceo  Nicola Cordone, interviewed by Corriere della Sera, recently declared: “For us it is a priority to prepare the company for a listing, in order to better exploit the investment of our shareholders in the context of any transaction of consolidation”.

In recent years, SIA has already grown significantly and has given great satisfaction to its shareholders. Last March, it announced a dividend for 2018 of 60 million euros, after paying a similar dividend worth 59.9 million euros for the year 2017, another of 44.55 millions for 2016, one of 49.69 millions for 2015 and one of 35.68 millions for 2014. In total, in short, of just under 250 million euros of dividends over 5 years (see here a previous article by BeBeez),

In 2018 SIA Group managed a total of 7.2 billion card transactions (+ 18.1% from 2017), 14 billion transactions for institutional services (+ 6.7%) and 3 billion payment transactions relating to transfers and collections (-2.4% for the lower volumes related to non-SEPA payments and the operations of branches of foreign banks in Italy). On the financial markets, the number of trading and post-trading transactions was 51.7 billion (-8% related to technological efficiencies of market logics that reduced the total number of orders). Both managed a traffic of over 1,204 terabytes of data, up 53.6% compared to 2017, out of 186,000 km. of the SIAnet network, with total infrastructure availability and 100% service levels.

SIA is one of the portfolio companies monitored by BeBeez Private Data
(see here how to subscribe to the Combo version, including Reports and Insight Views of BeBeez News Premium 12 mesi,
for just 110 euros per month)