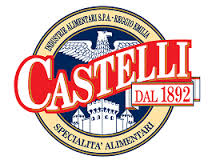 Charterhouse Capital Partners signed a deal to buy an 80% stake in Nuova Castelli spa,  the leading Italian manufacturer and exporter of Parmigiano Reggiano. The UK private equity operator will buy the stake just after the company will have spun off  its canned fish activity. The latter alone produced 60 million revenues in 2013 thanks to a production plant in Ivory Coast that covers a built-up area of as much as 27,000 sq m and employs 750 persons on a permanent basis with seasonal peaks of 1,000 workers and more. Canned fish production will be spun off in a newco (Airone) which is going to be acquired by Dante Bigi, chairman, ceo and actual owner of Nuova Castelli. Bigi will still retain a 20% stake in Nuova Castelli.
Based in Reggio Emilia, the sole cheese manufacturing activity, which employs 250 workers, has been valued around 350 million euro, included debt, due to 2013 revenues of 290 million euro (from 253 million in 2012), a 37 million ebitda (from 28 million) and a110 million  net financial debt  (from 115 milion).
The deal  (called Project Wheel, as the parmesan cheese wheel) was originated for Nuova Castelli by  CP Advisors a New York advisory firm with  offices in Milan, founded by Salvo Mazzotta and Marco Garro. Legal support was provided by Baker&McKenzie. Advisors to Charterhouse were insead PwC and Simmons&Simmons law firm.
Nuova Castelli produces Parmigiano Reggiano, Grana Padano, Gorgonzola  (all DOP productions) and other kind of cheese in 5 different plants  (4 in Italy in Reggio Emilia, Parma, Pavia and Milan, and one in Hungary). Thanks to high level of service and logistics and to well known products certifications, the group is able to serve directly all the major retail chains in italy (Esselunga) and abroad (i.e. Tesco, Asda, Intermarchè, Auchan, Carrefour, System U, Leclerc, Mark&Spencer, Metro and Costco), so that 90% of revenues are produced abroad.
The deal was sole equity financed apart from a small vendor loan from Mr. Bigi. Charterhouse won’t recapitalize Nuova Castelli but will invest 100 million euro in the next few years as a shareholder’s loan in order to support Nuova castelli’s business development. More in detail will be built new production plants and will be acquired other manufaturers focused on complementary products.
A major step towards acquisitions in complementary manufactures was made by Bigi in the last few weeks. Bigi (by its Dante Bigi srl)  bought 100% of  Alival, a leading manufaturer fo mozzarella cheese in Italy with 500 employees, 175 million revenues in 2013 and 8 million ebitda. Alivar will be incorporated in Nuova Castelli in two years’ time.  Charterhouse’s goal is hitting 800 million euro revenues in 3 years’ time and listing Nuova castelli at the Italian Stock Exchange.
Charterhouse beated offers coming from industrial investors as well as from financial sponsors such as private equity operators  Capvest, Carlyle, Clessidra, Doughty Hanson, HIG Capital and Investindustrial. This is Chartehouse’s second deal in italy by its partner  Giuseppe Prestia, after  DOC Generici last Summer.