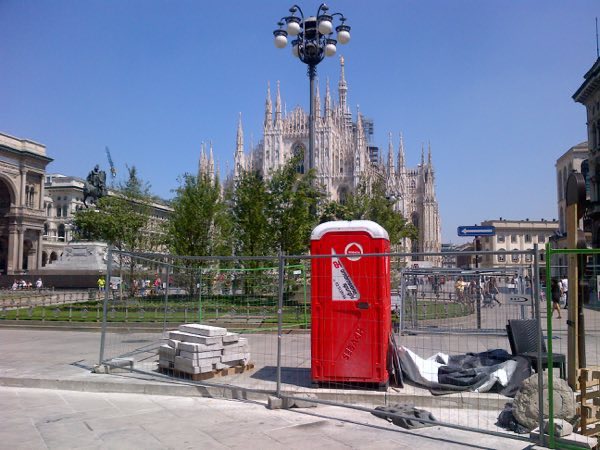 Ylda Group, the operating parent company of the chemical toilet rental companies Sebach and Armal, has issued a 45 million euro bond. It was subscribed by Idinvest Partners and Green Arrow Private Debt Fund, managed by Green Arrow capital sgr (see here the press release by Ylda and here the press release by the advisors). Dentons law firm was advisor to the consortium set up by Idinvest Partners and Green Arrow Capital sgr. The issuer was assisted by Pedersoli Studio Legale.

Ylda Group was founded in 2010 following the acquisition of the shares of the Daimont Group by Yarpa spa (a Genoese holding company whose main shareholders are Vittoria Assicurazioni, Banca Passadore, the Messina Group, Rimorchiatori Riuniti a la IN.GE.) and private equity LBO France Gestion. The Daimont Group in turn controlled Sebach and Armal, companies based in Certaldo (Florence), leaders in the rental and production of portable chemical toilets (see here the press release at the time). The sellers were the Dainelli family, which kept stakes in the group, and funds managed by MPS Venture sgr (lead investor) and Sici sgr.

In August 2018, the British private equity fund Alchemy Special Opportunities had acquired 100% of Ylda through the vehicle Chianti Bidco spa at a price of 35 million euros, through a reverse merger by incorporation (see Il Sole 24 Ore and here Ylda’s 2019 FY that traces the deal history) The 2019 consolidated financial statements of Ylda spa closed with 51 million euros in revenues, 12.1 million in ebitda and a net liquidity of 7.1 million (see here the Leanus analysis).

The bond loan just issued by Ylda will expire in August 2027 (except for early repayment) and pay interest equal to the 3-month Euribor plus a spread of 7%, with an adjustment mechanism of up to 6.5% on the basis of the adjusted net leverage of the company. It was listed on the MTF segment of the Vienna Stock Exchange. Its proceeds will be used for the full repayment of the 30 million euros bond issued by Chianti BidCo in 2018 to refinance part of the existing debt of Sebach and Armal and support the business and the development of the group’s activity. The strategic lines of the plan for 2020-2024 and the medium-long term objectives envisage an increase in revenues in the reference markets (Italy, France and the Usa), as well as investments in Italy and abroad to meet the demand in the segments in which the company operates.

Idinvest Partners is a pan-European venture capital, private equity and private debt operator with strong experience in the energy and technology-digital sector, part of the Eurazeo group. Among the Italian private equity investments we recall a minority stake in Italcer, controlled by Mandarin Capital Partners (see here a previous article by BeBeez).

Green Arrow Private Debt Fund, which belongs to Green Arrow Capital sgr, is a fund focused on Italian SMEs, which to date has made a total of 19 investments amounting to over 140 million euros. So far the fund had carried out three direct lending operations (Nutkao, Meter and Maticmind)) and one mezzanine (Florence).