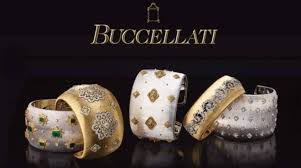 Chinese conglomerate Gangtai Group will buy an 85% stake in the shareholders capital of Italy’s iconic high-end jeweller Buccellati with the actual owner (Clessidra sgr and the founding family Buccellati) retaining a 15% stake.

Buccellati has been on the market since last Spring but rumors were the favourite bidder was Compagnie financière Richemont, the Zurich-listed financial holding which controls Cartier, Officine Panerai and Montblanc (see here a previous post by BeBeez).

Clessidra bought a 67% stake in Buccellati Holding Italia in 2013 while the Buccellati family retained the remaining 33% (see here a previous post by BeBeez).

Financial details of the deal have not been disclosed but rumors are that the company has been valued about 6.6x FY 2015 revenues or 270 million euros (see Reutes here). Buccellati Holding reached 40.9 million euros in revenues in 2015 (from 33.2 millions in 2014), a negative ebitda of 5.7 millions (from -3.1 millions) and a 3.2 million euros net profit (from 7 millions in net losses) with a net financial debt of 3,5 millions (from 26.8 millions) (see here an analysis by Leanus, after free registration and login).

After the closing, which is expected in Q2 2017, Andrea Buccellati will remain creative director and honorary chairman while Gianluca Brozzetti will remain as ceo.

Gangtai ia a private Chianese conglomerate owning Gangsu Gangtai Holding, which in turn is a leading jewellery distributor and on line jewels retailer in China.

Clessidra sgr and the Buccellati family have been advised by Mediobanca, Unicredit and Partners CPA as for the financial issues and by Gattai Minoli Agostinelli & Partners and Pedersoli Studio Legalelaw firm as for the legal issues. Gangtain Group is in turn supported by Simmons & Simmons as for the legal matters.

We wish you a Merry Christmas!