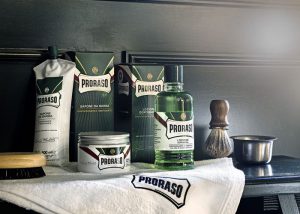 The Martelli family sold the stake for about 50 million euros. The transaction will take place part through a  share purchase and part through a capital increase. The price reflects a valuation of the company of 150 million euros, as estimated at the beginning of June, when Ludovico Martelli commissioned the Gca Altium advisor to look for new members (see here  previous post by BeBeez).

The interest of the Chinese fund to take over a minority of the company was leaked last August (see here  previous post by BeBeez). Gatti Pavesi Bianchi assisted the Ludovico Martelli group, while the fund was followed by Chiomenti.

Ludovico Martelli srl, founded in 1908 in Florence, today it is based in Fiesole and has 105 employees. The company is chaired by Ludovico Martelli and led by ceo Giovanni Galeotti, who holds the remaining 10% of the capital. The company owns the brands Proraso, Marvis, Kaloderma, Oxy and Schultz. In 2018 the company achieved a turnover of 55 million, an ebitda of 10 millions, a profit of 9.6 million and a net liquidity of 6.9 millions (see the Leanus analysis, once registered for free).