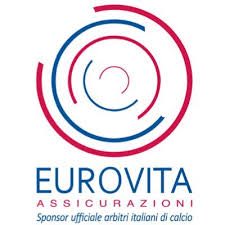 Private equity firm Cinven signed an agreement to buy an 80% stake in Italy’s insurance company Eurovita from US private equity firm JC Flowers. The final closing of the deal will be announced after Italy’s Insurance Authority IVASS will have given its go-ahead. Cinven had been in talks with JC Flowers about Eurovita since last January (see here a previous post by BeBeez).

Cinven might be willing to buy also the raimaing 20% stake in eurovita capital which are actually owned by some banks such as Cassa di Risparmio di Bolzano (6.5%), Banca Popolare di Puglia e Basilica (5.5%) and Unicredit (3.47%).

JC Flowers cashed in good dividends (25 millions in two years), repaying more than half its 47 million euros invested on the basis of a 60 million euros enterprise value at the end of 2013. Today the company is valued more than twice that price. An official value has not been disclosed but it is said to be around 140 million euros, MF Milano Finanza yesterday wrote.

Chaired by Davide Croff and led by ceo Erik Stattin, Phlavia is then reaching a total of 2,5 billion euros life premiums and 17 billion euros in gross reserves.