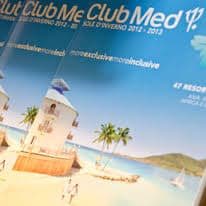 Holiday group Club Mediterranée‘s board have given a unanimous recommendation that its shareholders accept the improved takeover offer from Chinese conglomerate Fosun International. On the other side last morning Club Med’s trade unions voted against Gallion II’s bid because they are afraid Fosun will push too much the focus on China and Asia.

More in detail, the board said in a statement yesterday afternoon (download here the the statement) that its members had all agreed to tender their shares to the latest Fosun offer, welcoming its support of the group’s existing strategy of moving upmarket, seeking a bigger share of mature markets such as France and Europe while developing its business in fast-growing economies, including markets in Asia.

The directors then did not agree with the contetnts of a letter they received last Friday by Investindustrial’s vehicle Global Resorts stressing why they must not support the 22 euro per share bid by  Fosun (see here a previous post by BeBeez) and favour instead Global Resort’s 21 euro per share previous bid.
Fosun has actually among its allies both French private equity operator Ardian and Club Med’s top managers starting from chairman and managing director Henri Giscard d’Estaing all partecipants in Gallion II’s capital.

Now it’s French financial markets supervisory Authority Amf who has to give its go ahead to Gallion II’s bid, This is expected to come in the next few days so that the bid might start in mid-October and end 30 days later.  Italian financial tycoon Andrea Bonomi and its Investindustrial have still time to think of a new bid. The French law admits counter-bids till 5 working days before the end of the current bid.

Fosun had in turn launched its bid on Club Med shares in Summer 2013 offering 17.50 euros per shares together with Ardian private equity fund and Club Med’ s top management. The bid was then suspended due to legal actions from some minority shareholders and started again last June. But in the meantime Investindustrial launched its own bid and Fosun and Ardian had to step back.