Comdata targets a merger with Arvato. But competitors’ list is long. 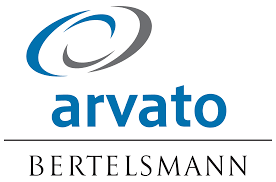 Comdata is working at a new big acquisition in Europe and the potential target is Arvato, a big player in the call center sector with one billion euros in revenues, which was put on sale by German media giant Bertelsmann last January (see here the press release), supported by the advisor Goldman Sachs. The news, which Reuters had anticipated last April, was relaunched a few days ago by Il Sole 24 Ore.

Comdata, a European leader in the sector which an Italian heart, is specalized in customer care and business processing outsourcing services and heas been controlled by US private equity firm Carlyle since 2015. Since then the group has been conducting an aggressive m&a campaign on an international basis. Its last acquisition was the one of Paris-based CCA International last April (see here a previous post by BeBeez). Led by the ceo Massimo Canturi, Comdata Group is now targeting too one billion euros reenues this year after having reached 769 million euros in revenues in 2017. A merger between Comdata and Arvato would then give birth to a European giant of about 2 billion euros in revenues.

So rumors are that Carlyle has mandated Ubs and Bnp Paribas to assist in the new investment which might be made in joint venture with another partner. The deal is valued about 600-700 million euros, Reuters wrote and Comdata is said to have some competitors in the race, the majority of which are private equity-backed groups.