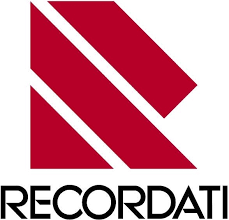 On January 2, 2019 a mandatory tender offer on the Recordati group listed at the Italian Stock Exchange will be launched by Rossini Investimenti spa (see the press release here), the investment vehicle controlled by CVC Capital Partners, aiming to acquire the rest of the capital of the pharmaceutical group after having bought the control of the eponymous family, together with PSP Investments, Stepstone and Alpinvest (see here a previous post by BeBeez). The Offering Document, filed at the beginning of December, was in fact approved by Consob just before Christmas.

As already announced, the tender offer at a price of 27.55 euros per share relates to a maximum of about 97.74 million of Recordati ordinary shares, representing a total of 46.735% of the share capital, which is a figure equal to the total of Recordati ordinary shares minus 108.3 million ordinary shares, representing 51.791% of the capital, already held indirectly by Rossini Investimenti, through Fimei spa, the holding company once belonging to the Recordati family; minus 5.2 million treasury shares, equal to 2.73% of capital; and the 2.09 million treasury shares to service the stock options equal to 1% of the capital.

The offer, which is not aimed at delisting, therefore provides for a maximum outlay of 2.77 billion euros, which will be financed for 1.07 billion with equity and the rest with debt contracted by Rossini Investimenti and its parent companies. The consortium of private equity funds led by CVC Fund VII at the beginning of December paid the members of the Recordati family a consideration of 2.98 billion euros, equal to 27.55 euros per Recordati share plus 22.4 million euros for the net available assets in Fimei for a total of 3 billion. The payment was made for 2.16 billion euro in cash, for 75 million euro as an interest-free credit due to Andrea Recordati as seller (vendor loan) and for the remaining 750 million euro through the issuance by Rossini Investments sarl (parent of Rossini Acquisition sarl) of 6.5-year bonds (term that can be extended up to 8.5 years on the occurrence of certain conditions), structurally subordinated to the repayment of senior debt, with an annual yield of 2 % in cash and 2% in PIK (payment-in-kind, ie capitalized interest at maturity).

BeBeez wishes you a wonderful Christmas!!!