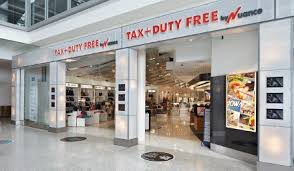 The Swiss operator of duty-free and airport retailers Dufry is paying 1.55 billion Swiss francs (1.27 billion euros) for domestic rival Nuance Group, an acquisition that the company says will strengthen its business in Europe, Asia and the US.
The deal will create a sprawling airport retail operator with businesses in 63 countries and 239 airports and annual sales of about 5.5 billion francs. In a statement, Dufry said the combined company will have 15% of the global market when the deal is completed (download here the press release). The deal will be financed by an equity capital increase (one billion Swiss francs) and bond issues (550 millions), while the all Dufry debt structure will be refinanced. Dufry’s offer beated the one from Wold Duty Free spa, the Italian listed Stock Exchange duty-free operator born from a spin-off of Autogrill.
Nuance is now owned by Noel International sa, which is 50%-50% controlled by Gecos spa, theItalian Bastianello family‘s holding (the same parent holding of Italian well known Pam supermarkets chain) and by paneuropean private equity operator Pai Partners. The latter bought its stake in February 2011 from Italian women wear retail chain Stefanel for 106 million euros valuing the whole group an enterprise value of 676 million Swiss francs.
Last Novembre Nuance issue 200 million euros of high yeidl bonds maturing in 2019 in order to refinance 238 million Swiss francs of senior debt. In 2013 the group reached 2.1 billion Swiss francs of revenues (from 2.3 billions in 2012) and an ebitda of 131.2 millions (from 160,2 millions) (download herei 2013 consolidated financial statements).