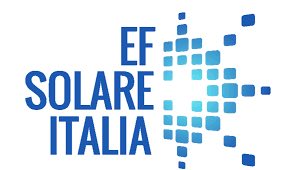 Predica Energies Durables, an investment vehicle dedicated to renewable energy controlled by the Crédit Agricole Assurance group, together with CA Vita (an Italian life insurance subsidiary) annpunced the acquisition of a 30% of EF Solare, the leading independent photovoltaic operator in Italy. The Terzo Fondo of F2i sgr was the seller (see the press release here).

Predica was assisted on the legal level by Gianni & Origoni and on the financial level by BnpParibas. EY advised Crédit Agricole Assurances for the financial due diligence. F2i was instead supported by the lawyers of Legance and by the financial advisor Rothschild.

Predica was in exclusive negotiations with F2i sgr for the 30% stake in EF Solare since last July 2020 (see here a previous article by BeBeez). The fact that 30% of EF Solare would be on the market was known from January 2020, when rumors were of a 600 million euros vale for that stake, in light of the company’s EV of 2 billion euros (see here a previous article by BeBeez).

EF Solare has more than 300 plants and a capacity of 955 MW for operational plants and a pipeline of almost 2 GW. It was born as a joint venture with Enel and in December 2018 it passed entirely under the control of the Terzo Fondo of F2i sgr, which acquired the remaining 50% stake from Enel Green Power spa (see here a previous article by BeBeez). All the photovoltaic assets held by the fund at that time were transferred to EF Solare Italia, including RTR Rete Rinnovabile, a company acquired at the end of 2008 (see here a previous article by BeBeez).

On the debt front, we recall that EF Solare Italia in October 2019 refinanced a portfolio of 118 MW photovoltaic plants thanks to a new package of 320 million euro lines (see here a previous article by BeBeez). The loan was granted by Banca Imi (Intesa Sanpaolo), Banco Bpm, Bnp Paribas, Cassa Depositi e Prestiti, Crédit Agricole and Société Générale. In addition, EF Solare at the end of 2016 had bought Etrion spa, a company which owned the Italian activities of Etrion Corporation for a total of 53.4 MW of installed power (see here a previous article by BeBeez) and which in 2015 had issued a 35 million euros minibond, subscribed by the Scor Infrastructure Loans fund, as part of a project financing refinancing package for the portfolio for a total power of 53.5 MW, worth 222 million euros (see here a previous article by BeBeez).

More than €780m in funding for startups in 2020. BeBeez venture capital report