Elliott Managment to sign a 65 mln euros capital increase in Credito Fondiario, reaching a 69.5% stake. Might raise it till 81.6% 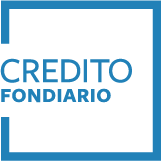 Elliott Management, through its investment veichle Tiber Investments sarl, will subscribe a 65 million euros dedicated capital increase in Credito Fondiario, one of the leading operators in Italy in the credit management services sector, with over € 45 billion gross of non performing exposures under management and a portfolio of investments in impaired loans of approximately € 700 million.

The deal was anticipated last August by MF Milano Finanza and the agreement had been signed last May 29th by Tiber, Tages Holding and the minority shareholders of the bank. The formal announcement was given yesterday evening by Credito Fondiario just after having received the go-ahead by the European Central Bank and by the Bank of Italy (see here the press release).