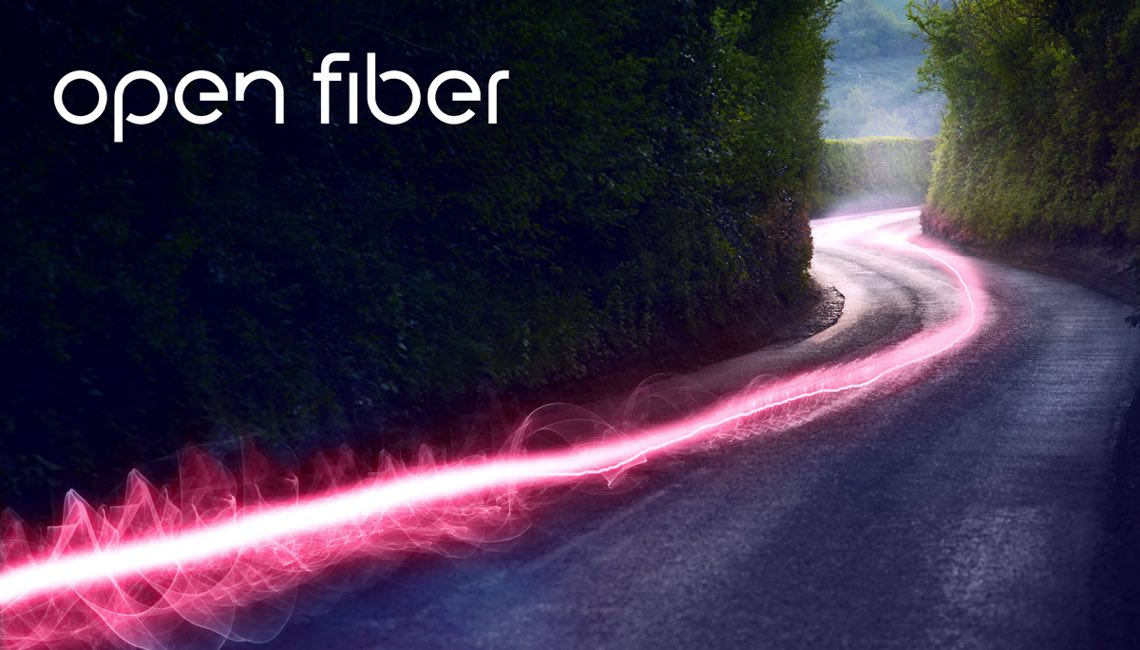 Italy’s electricity giant Enel officially decided about its decision to sell to the Australian alternative asset manager Macquarie its stake in Open Fiber spa, the Italian company dedicated to optical fiber, of which Enel currently owns 50% of shareholders’ capital and Cdp Equity the other 50%. In fact, last Thursday 17 December, Enel’s Board of Directors resolved to start the procedures aimed at the sale of a minimum of 40% and up to 50% of the capital of Open Fiber to Macquarie Infrastructure & Real Assets, giving its ceo a specific mandate in this regard (see the press release here).

Already in mid-September, the Australian fund had delivered its offer to Enel (see here a previous article by BeBeez), which had valued the entire company for 7.3 billion euros, also considering the 2 billion euros debt of the company. The offer for 50% of Open Fiber’s equity value provided then for the recognition of a price consideration of approximately 2.65 billion euros, net of debt and with adjustment and earn-out mechanisms.

Now the latest press release from Enel has specified that the consideration for the sale of 50% of the company will be precisely 2.65 billions, but that the price also includes the transfer to Macquarie of 100% of the Enel portion of the shareholders’ loan granted to Open Fiber, including accrued interest, for an estimated value of approximately 270 million euros at 30 June 2021, the date by which the transaction is expected to be finalized.

In the event of the sale of 40% of the share capital of Open Fiber, a proportional reduction of the above values ​​being envisaged in the final offer of Macquarie, the consideration for the sale amounts to 2.12 billion euros, the Enel portion of the shareholders’ loan granted to Open Fiber subject to transfer to Macquarie is equal to 80%, and the relative value at 30 June 2021 is estimated at approximately 220 million euros. In addition, if the closing of the transaction is after 30 June 2021, the aforementioned consideration is increased at a rate of 9% per annum, calculated from 1 July 2021 and up to the closing itself.

The offer also provides for the recognition of two different earn-outs in favor of Enel:
1. an earn-out linked to the positive conclusion, with final judgment, of the dispute initiated by Open Fiber against TIM for anti-competitive conduct put in place by the latter, with an earn-out for Enel equal to 75% of any compensation to Open Fiber;
2. the second earn-out linked to the creation of value deriving from the possible creation of the single broadband network between Open Fiber and TIM, so in the event that a transfer transaction of the stake in Open Fiber held by Macquarie occurs that determines a rate of return on the investment (IRR) higher than 12.5%, a share equal to 20% of the value realized by Macquarie exceeding this threshold is paid to Enel, up to a maximum amount of 500 million euros in the event of sale of 50% of the share capital of Open Fiber and of 400 million euros in the event of the sale of 40%.

The signing of the purchase agreement between the parties is subject to certain conditions, including:
1. the authorization to Macquarie, issued by Open Fiber, to share the information acquired during the due diligence performed with a small number of potential co-investors, in order to syndicate the consideration; and in this regard, we remind you that Macquarie already has negotiations underway to syndicate the purchase of the stake in Open Fiber that it will acquire from Enel (see here a previous article by BeBeez);
2. failure to exercise the right of pre-emption that the Open Fiber statute recognizes in the hands of Cdp Equity (50% shareholder of Open Fiber);
3. in the event of the sale of 50% of the share capital of Open Fiber, the sharing between Macquarie and Cdp Equity of the modification of some aspects that currently regulate the governance of Open Fiber.

The completion of the transaction is then in turn subject to a series of conditions, including obtaining:
1. from the lending banks of Open Fiber, of the waivers necessary for the transfer to Macquarie of the investment held by Enel in Open Fiber;
2. of the various administrative authorizations preparatory to the transfer to Macquarie of the stake held by Enel in Open Fiber (with particular regard to the procedure on golden power at the Presidency of the Council of Ministers and the authorization issued by the Community Antitrust Authority).

We recall that at the end of last August Tim’s Board of Directors approved the agreement with KKR Infrastructure and Fastweb relating to the establishment of FiberCop, the newco in which will be tranferred both TIM’s secondary network (from the street cabinet to the customers’ homes) and the fiber network developed by FlashFiber, the joint venture owned by TIM (80%) and Fastweb (20%) (see here a previous article by BeBeez). The agreement may also involve other operators, for example there is talk of an interest by Mediaset and RayWay (see here Il Messaggero), while a possible involvement of Tiscali is already foreseen, as shown in the memorandum of understanding signed by TIM with Tiscali last August (see here a previous article by BeBeez). The agreement will allow Tim, Fastweb and the other operators to co-invest by completing fiber coverage plans in the black and gray areas of the country and accelerating the adoption of Ultra- Broadband (UBB).

The agreement constitutes the first step for the implementation of the broader project to establish a single national network company, necessary for Italy’s digital development, which will also involve Open Fiber. The Boards of Directors of TIM and Cdp in fact approved, at the end of August, a letter of intents between TIM and CDP Equity aimed at integrating FiberCop with OpenFiber, to create AccessCo, a company also open to other investors and destined to manage the single national network. AccessCo will be established through the merger of FiberCop, a company including TIM’s primary and secondary access network, and Open Fiber (see here a previous article by BeBeez).