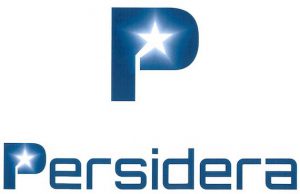 The sale of Persidera, the Italian leader in digital terrestrial television signal transmission networks, is finally arrived. The company  will be acquired by the infrastructures fund F2i and its subsidiary Ei Towers, the company that owns the Mediaset TV transmission towers, delisted by Piazza Affari last year after a tender offer launched by F2i together with Mediaset itself (see here a previous post by BeBeez). The sellers are  Tim (70%) and Gedi (30%), for an enterprise value of 240 million euros (see here the press release by F2i and here the one by Tim). The transaction, subject to approval by the competent authorities, should be closed within the last quarter of 2019.
The announcement comes after negotiations lasting over a year. The sale had become a crucial issue for the majority shareholder of Tim (former Telecom Italia), Vivendi, as the sale of Persidera was the condition set by the EU Antitrust Authority so that the French group could gain control of the Italian group. In February 2018 F2i, together with RaiWay, presented an offer to acquire Persidera. However, the offer amounted to just over 200 million euros and therefore well below the expectations of the shareholders, who were hoping for a valuation of around 350 million euros (see here a previous post by BeBeez). In October 2018 the offer was improved by about 10% compared to the initial 200 millions, thus around 220 millions, but it was not accepted anyway.
This time, after a further upward adjustment of the price, the transaction went through. In detail, by the closing date, Persidera will be split into two separate entities: one that will remain the owner of the 5 digital terrestrial frequencies, related active and personal contracts and the second in which the entire network infrastructure and the related personnel. F2i will acquire the entire capital of the new Persidera, while EI Towers will acquire 100% of the new network infrastructure company.
“With this operation, F2i continues the path begun with the acquisition of EI Towers, aimed at creating an independent and neutral infrastructural operator, open to collaboration with national and international broadcasters. The transaction also lays the foundations for the consolidation of the sector in order to favor its rationalization according to European standards and a rapid and efficient transition to the new digital terrestrial technologies (DVBT 2) “, commented Renato Ravanelli, managing director of the F2i fund .
The total expected impact on the reduction of Tim’s net financial position in 2019 is approximately 160 million euros, an amount that includes the consideration to be collected at the closing for the 70% stake, the dividends distributed by the company and the effect of the deconsolidation of the debt Persidera. The transaction is part of a context of portfolio rationalization and focus on core activities and is consistent with the project to enhance the company pursued by Tim and Gedi since the creation of the partnership started in 2015 through the integration of the respective television frequencies and related activities.
Persidera, led by managing director Paolo Ballerani, manages five digital terrestrial muxes (currently they host more than 60 channels including Nove, Cielo, SkyTg24, Giallo, Super !, DMax, Tv2000, Focus, K2, Paramount Channel and the TV signal of Radio Maria). The company closed 2018 with revenues of 76.1 million euros, an ebitda of 39.5 millions and a net profit of 14.4 millions. Instead, 2017 closed with revenues of 72.6 millions, an ebitda of 39.6 million and a net financial debt of 99.9 million (see the Leanus analysis here, after free registration and login).
The purchase of Persidera by F2i follows the acquisition a few days ago of Porto di Carrara spa, which holds the ports of Carrara, Marghera and Massa Carrara (see here a previous post by BeBeez). In January of this year, F2i won the tender for the sale of 55% of the regional airport Trieste Airport of Ronchi dei Legionari for 32.8 million euros (see here a previous post by BeBeez).