F2i infrastructure fund looking for a new partner to buy a 30% stake in EF Solare Italia. It's a 600 mln euros deal 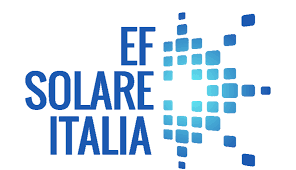 After the closing of the acquisition of the Spanish Renovalia from Cerberus Capital Management, announced last December, which will be made by Italy’s F2i  Third infrastructure fund through its subsidiary EF Solare Italia (see here a previous article by BeBeez), F2i sgr will look for a new partner for a 30% stake in E Solare Italia itself, which is the leading Italian operator in the photovoltaic sector. Il Sole 24 Ore Ore reports adding that the stake might be worth 600 million euros, on the basis of a 2 billion euros enterprise value.
In fact, Renovalia alone had been valued 700 million euros and brings to EF Solare about 1,000 MW of solar power, of which 102 deriving from nine plants already operational and another 850 MW relating to projects under development. This power will be added to the 853 MW already held in Italy by EF Solare, which will thus manage to control a photovoltaic power of over 1,800 MW and becoming one of the main European operators. Now the objective of the fund led by ceo Renato Ravanelli is to further expand the portfolio of plants also through operations abroad.
In December 2018, EF Solare passed entirely under the control of the Third Fund of F2i sgr, which acquired the remaining 50% stake from Enel Green Power spa (see here a previous article by BeBeez). The fund then transferred to EF Solare all the photovoltaic assets held in the portfolio. The assets transferred to EF Solare Italia also include RTR Renewable Network, a company acquired by the F2i fund in 2018 (see here a previous article by BeBeez). At the end of 2016, EF Solare had instead purchased Etrion spa, a company that controlled the Italian activities of Etrion Corporation for a total of 53.4 MW of installed power (see here a previous article by BeBeez).
In October 2019, EF Solare Italia refinanced a portfolio of 118 MW photovoltaic systems thanks to a new package of 320 million euro lines (see here a previous article by BeBeez). The loan was granted by Banca Imi (Intesa Sanpaolo), Banco Bpm, Bnp Paribas, Cassa Depositi e Prestiti, Crédit Agricole and Société Générale.
The third F2i fund, in consortium with Asterion Capital Partners, also won the auction for Sorgenia last December (see here a previous article by BeBeez). In that case, however, the group does not own photovoltaic plants. The F2i-Asterion project for Sorgenia is actually to create an energy hub by bringing wind farms and biomass power plants. Sorgenia has power plants for over 3,000 mw of installed power and more than 275,000 retail users in the sale of electricity and gas. The group is one of the first producers of electricity through its combined-cycle natural gas plant park, among the most modern and efficient in Italy, crucial for supporting the ongoing decarbonisation process. Thanks to the transfer of over 400 MW of wind and biomass assets, the entry of F2i-Asterion will in fact make Sorgenia one of the main players in the renewable energy sector right from the start, thus accelerating the development plan already envisaged by the company.