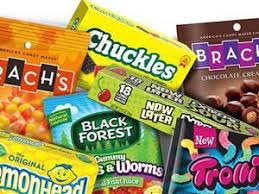 The fund bought the company in 2012 after Mr Nello Ferrara (the son of founder Salvatore) had died (see here the press release).

The deal closing is expected by the end of this year. This is the second acquisition in the US for Ferrero Group in 2017, after the deal announced last Spring on chocolate maker Fannie May Confections Brands.

Founded in 1908, Ferrara is  leading manufacturer of gummy and sugar items, particularly under the Trolli, Brachs and Black Forest Organics brands.

Under the agreement, Ferrara will operate as a separate unit, maintaining its headquarters in Oakbrook Terrace. Ferrero has no plans to further consolidate Ferrara’s manufacturing and distribution footprint, which includes four plants in Bellwood and Forest Park, Ill., and Reynosa and Vernell, Mexico, two distribution centers in Bolingbrook, Ill. and Grand Prairie, Texas, and an engineering and R&D center in Bellwood.

At the end of this year Ferrara filed the Sec for listing on the New York Stock Exchange but the L Catterton chose then to sell the company instead. In the last few months many offers arrived and Canadian private equity form Onex Corp was in exclusive talks for a while (see Reuters here). However L Catterton decided to stop the sale as bids did not meet its expectations of more than 1,3 billion dollars (see Reuters here).

As for Moody’s, Ferrara reached preliminary revenues 859 million dollars in the 12 months to December 2016 and had a 535 million dollars of debt or 6.4x  its ebitda (see Moody’s Report here).

Guala Closures shops in Latin America, while four bidders remain in short-list for buying control of the group