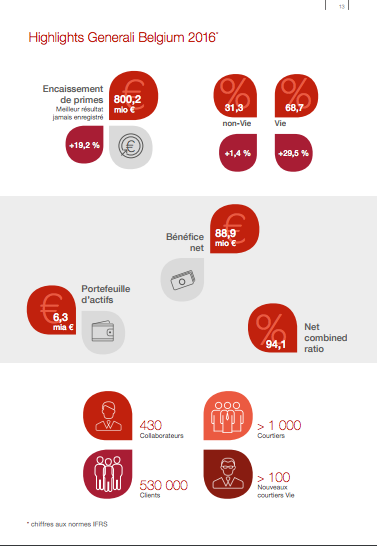 Final bids for Generali’s Belgian unit are expected by next Thursday Sept. 8, Reuters wrote in the last few day, adding that the deal might be valued about 500 million euros and that insurance companies Allianz andBaloise Holding and private equity firm Cinven are said to have a strong interest.

Bermuda insurance company Athene Holding is also said to be studying the dossier. However the Bermuda insurer might only be targeting the “back books”, which consist of existing contracts with no access to new clients. Generali is however looking to sell the entire business to a single investor.

Cinven has significant skills in the insurance sector in Europe and in Italy has created Phlavia Investimenti, a parent company controlling all Cinven’s Italian portfolio insurance companies that are Italian companies bought from Ergo group, Old Mutual Wealth Italy and Eurovita. Phlavia is now an insurance group with more than 2,5 billion euros in premia and 16.8 billion euros in gross reserves (see here a previous post by BeBeez).

The auction, which is being led by Deutsche Bank, was launched early this year. Generali, Europe’s third biggest insurer, wants to wrap up the auction by mid September. Generali Belgium provides anything from life to car insurance to a network of about 530,000 retail and corporate clients. The company generated 800 million euros in insurance premia in 2016 and 89 millions in net profits (see here the FY 2016 Financial statement).

Generali’s strategic plan sees the company to leave 13 to 15 countries raising at least 1 billion euros. Generali recently sold its Colombian business to Talanx Group and is working with Bnp Paribas to find a new owner for its Dutch business. It also planning to exit Portugal.

Nine bidders for Alitalia’s assets. Three of them are investment funds