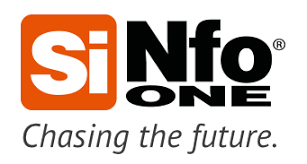 Just a fews days after the acquisition of a minority stake in Agrimola, a European leader in producing and distributing chestnuts (see ahere a previous post by BeBeez), Fondo Agroalimentare Italiano I (FAI I), sponsored by French giant agri-food holding Unigrains, announced a new deal. The fund has acquired a minority stake in the capital of  Sinfo One, a leader in designing and development of IT innovative systems for manufacturers with a special focus on the food&beverage sector, where the company generates about two thirds of its revenues (see here the press release).

Together with FAI I is investing  Tönnies, a German food group with about 6.9 billion euros in revenues with 16,500 employeess active in slaughtering, boning and processing of pigs and cattle and that is an important client of Sinfo One already. The Pomi family will retain control and governance of the company, with Rosolino Pomi as chairman, Paola as ceo and Patrizia as board member.

The deal, which has been financed by Crédit Agricole Cariparma and Iccrea Banca, will allow Sinfo One to take the opportunity offered by the investments in IT that the agri-food companies are carrying out (in order to satisfy criteria of accuracy, control, quality, optimization of processes, more relevant reporting and the use of new functions, etc.). It is no coincidence that Tönnies also enter the capital at the same time as FAI. The ceo of the German group, Christian Kreuter, explained that Tönnies “is a leader in the innovation of the meat sector, and believes that,  process optimization and cost rationalization as well development of new markets need technologies as one indispensable lever. We always look for the best, and we believe that Sinfo One is the strategic technological partner for achieving the growth and innovation objectives necessary to consolidate our European and global position “.

Founded in 1984 in Parma, in Northern Italy, Sinfo One has been constantly growing becoming a leader in the system integration sector in Italy and since 2013 also abroad. Today Sinfo One counts about 17.5 million euros in revenues and works for many multinational companies in the world. Thanks to this deal Sinfo One will be able to grow by acquisitions acting as an aggregation platform and enlarging its commercial offer.

FAI I has been advised for the deal by Dentons law firm, by New Deal Advisor as for financial issues and by Studio Pirola as for fiscal issues. Tönnies was supported by PwC TLS Avvocati e Commercialisti and by PwC Legal Germania as for legal and fiscal issues while Sinfo One was supported by Gatti e Associati law firm, Lazzaro Rocco Gatti as for fiscal issues and PwC Advisory as for financial issues. Finally the banks have been advised by Gattai Minoli Agostinelli & Partners law firm.