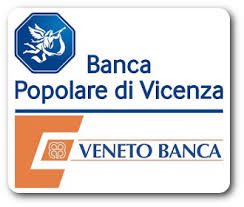 Atlante is the fund managed by Quaestio Capital Maìnagement sgr and sponsored by major Italian financial institutions in order to save distressed banks and help to solve their non-performing loans problem (see here a previous post by BeBeez).

Actually those funds where the same who had started already talks with Atlante about the sale of a stake in Banca Popolare di Vicenza (see here a previous post by BeBeez) and the same who were reasonably thought to be interested in buying a stake in  Veneto Banca too (see here a previous post by BeBeez). Those funds now are thinking to by the two banks and merge them as a whole new bank.

Part of the project might be also Italy’s asset manager Arca sgr which has been on sale for a while but the sale process has been put on hold in the last few weeks as it was not clear what Atlante fund will decide about banca Popolare di Vicenza and Veneto Banca’s stakes in the company. Actually the two banks own more than 19% each of Arca sgr’s capital (see here a previous post by BeBeez).

Centerbridge in Italy controls Banca Farmafactoring, having bought the entire capital of the bank last year from Apax, and is now working at an ipo scheduled for next Autumn (see here a previous post by BeBeez). As far as Warburg Pincus in concerned, instead, the firm is a partner with General Atlantic in the new Spanish-Italian asset management group born from integration of the asset management activies of Banco Snatander and Pioneer (Unicredit group) (see here a previous post by BeBeez).

It is not clear finally if the four funds are itnerested in the two banks’ Npl portfolios or not. If Npls will enter in the deal they will impact significantly the price tag so it is reasonably to expect that Atlante fund will prefer to deal personally with those banks’ Npls. On that issue Quaestio Capital management sgr has just signed an advisory partnership with Fonspa (Credito Fondiario), Il Sole 24 Ore wrote.

Many private capital managers to move out of UK after Brexit, Preqin survey’s says