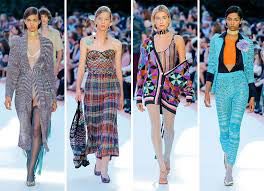 FSI Mid-Market Growth Equity fund enters the fashion sector and buys a 41.2% stake in the iconic Missoni spa, while the Missoni family will retains a 58.8% stake in the company (see qui il comunicato stampa). The deal was announced on Friday June 15th and was a surprise for the market. The Missoni family is said to have chosen the Italian private equity fund out of many proposals received from foreign private equity firms.

FSI will invest about 70 million euros for the deal, which will mainly consist of a capital increase, with no financial leverage on Missoni. So all the new cash will be used to  enhance Missoni’s outstanding awareness and development potential, in order to become a modern and global player, with an adequate organizational structure and size to compete in the global fashion and luxury industry. Moreover the private equity firm will support the third generation of the family find its way in developing the business.

Founded in 1953 in Gallarate (Varese) by Ottavio e Rosita Missoni, the company is now headquartered in Sumirago (Varese), has about 300 employees and reached about 150 million euros in revenues in 2017, of which about 120 millions from the Missoni and M Missoni brands and the remaining 30 millions from homewear, with a 10% ebitda which is seen to grow thanks to the new projects the fund will support.

Missoni is today one of the most well-known independent Italian luxury brands. “The investment in Missoni is an extraordinary opportunity to support the growth of this unique Italian brand into a global leader”, FSI’s ceo Maurizio Tamagnini told BeBeez, adding that a poll committed to market research giant Kantar showed that Missoni has a awarness rate of about 60% in US and Asia even if the company has revenues of about 10 million euros in each of those markets. Mr. Tamagnini says that it might be possible to replicate the Valentino story, as the maison has the same dimension of Missoni when the Marzotto family entered the capital of Valentino in 2002. The fashion brand then started to grow at a fast pace and made a jump after the investment by Permira private equity firm in 2007.

The fact that Mr. Tamagnini thinks of Valentino is not just a case as two Missoni’s managers are coming from Valentino. One is Michele Norsa, an industrial partner of FSI, who will be appointed vicepresident of Missoni and that used to be Valentino’s general manager between 2002 and 2005.  The other one is Emilio Carbonera Giani, who is now general manager of Missoni group and used to be deputy general manager in Valentino from 2005 and 2007.  Both Mr. Norsa and Mr.  Carbonera Giani will have a seat in the new Board of Directors of Missoni, together with three members of the Missoni family or Angela Missoni (chairman) and  Luca and Giacomo Missoni. Members of the board will also be Barnaba Ravanne (FSI’s chief investment officer) and Luca Arnaboldi (managing partner Carnelutti law firm). Rosita Missoni will remain honoray chairman.