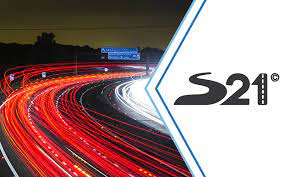 The latter, led by ceo Ignazio Castiglioni and chaired by Nino Attanasio, had been present in the capital of Safety21 since July 2016 with HAT Sicaf (30%, see here a previous article by BeBeez) and reinvested with the Technology & Innovation fund together with some important Italian and European family offices and Safety 21’s founder Gianluca Longo.

BU was assisted by Cassiopea Partners as m&a advisor of the transaction, by Deloitte for the financial due diligence, by Essentia Advisory as debt advisor, by Studio Latham & Watkins for the legal aspects and by Studio Bonelli Erede for the structuring of the deal. Safety21 was supported by GP Bullhound as m&a advisor and by Orrick for the legal issues The transaction was financed by Banco BPM, flanked by Legance – Avvocati Associati.

The deal for Bregal Unternehmerkapital comes after last March it closed the fundraising for its third fund with total commitments of 1.875 billion euros (see here a previous article by BeBeez). The fund, like the previous ones, will invest in Germany, Austria and Switzerland with mid-market private equity investments worth between 50 and 250 million euros, but the novelty is that this fund also focuses on Northern Italy, as this first investment in the Milanese Safety21 shows.

Founded in 2011 by Gianluca Longo, Safety21 provides public bodies with software for traffic monitoring throughout the national territory, through the proprietary platform TITAN which manages millions of data useful for road safety, traffic control and carbon dioxide saving on a daily basis. Undisputed leader in the Italian market with over 200 million monitored transits, Safety21 offers more than 300 public bodies fully automated and technology-enabled services, speeding up monitoring and thus making smart mobility possible in municipalities. The registered office is in Rome, while the operational ones are located in Milan, Turin, Orvieto, La Spezia and Varese.

Safety21 includes: Safety21, Multiservizi, ServiceNet21 srl, A21 Riscossioni srl and Consel srl. The latter two entered the Safety21 perimeter in April 2017, in an operation made in partnership with Engineering spa. On the one hand, the two companies have in fact bought the majority of the capital of Consel srl Public and Private, a consulting firm on territorial marketing and communication. On the other hand, they bought A21 Riscossioni srl, which produces software for the collection of penalties imposed by the public administration for non-compliance with the Highway Code (see here a previous article by BeBeez).

We also recall that Safety21 in June 2019 had announced a capital increase of 14 millions (see here a previous article by BeBeez). The capital increase had been fully subscribed by the shareholder structure at the time, therefore by Mr. Longo (who in addition to being the founder is also Safety 21’s group ceo), by the chairman Domenico Mazzilli, by HAT, by Laurent Asscher (founder of the US fund Airtek Capital Group) and by the family office of the entrepreneur Germano Fanelli. The capital increase was accompanied by a 15 million euro senior loan obtained from a pool of banks formed by UBI Banca (lead partner) and Banco BPM. At the same time, Safety21 had bought 100% of Multiservizi srl, a leading company in Italy in the outsourced management of road traffic penalties for foreign vehicles and related recovery of incorrect credits.

The current acquisition of Safety21 by BU is aimed at consolidating its leadership in Italy and expanding abroad, leveraging on a technology that allows the creation of a virtuous model of sustainable mobility. The development project provides for rapid growth of the company also for external lines, with the aim of continuing to expand the offer of innovative services and ensure the competitive positioning of Safety21 in the smart city field. Following the operation, the Safety21 board will include the chairman Roberto Campisi, the ceo Mr. Longo and the directors Valentina Pippolo, Edoardo Romeo, Ignazio Castiglioni, Laurent Asscher and Germano Fanelli.

Mr. Longo said: “We are proud that a large European private equity operator has chosen Safety21 for its first investment in Italy. In these 10 years of work, Safety21’s technology and offer model have had a notable evolution and success on the market. Now, thanks to BU, we will have the opportunity to start expanding abroad, replicating the Italian model. Road safety combined with the pressing need for smart mobility and emission reduction are today a fundamental development axis for any community”.

Valentina Pippolo, BU Italy country head Italy, added: “We believe that Safety21 is a champion in the sector, hence the decision to support Gianluca Longo in the development of the business, giving further boost to the success of the company through a path of both organic growth both by external lines. The company is growing strongly in the smart city and smart mobility branches that we intend to continue to develop and support. With this investment we want to contribute to the digitization process of the Public Administration for a faster and more efficient management of mobility, confirming our support for companies with an ESG vocation”.