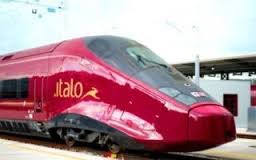 While in fact the first names circulated, those of the Swedish private equity firm EQT and the infrastructure division of the U.S. giant Blackrock , have been joined in recent weeks by those of the Canadian group Brookfield (which a few months ago had studied an offer for Atlantia alongside GIP itself, see here a previous article by BeBeez), the Dutch pension fund APG, the insurance group Allianz (already present in Italo’s shareholding) and the Singaporean sovereign fund GIC, GIP is said to be in advanced negotiations with the Aponte family’s MSC shipping group. The idea would be to structure an alternative transaction to pure divestment, which would instead involve the establishment of a so-called continuation fund, which would take over the stake held today by GIP’s predecessor fund, thanks to new resources raised from old and new investors, with MSC acting as an anchor investor. It is also possible then that some of the current private shareholders would intend to stay in the game and reinvest.

The GIP III fund that currently controls Italo could then emerge with a substantial capital gain from the transaction. Recall that GIP had taken over control of NTV on the basis of a valuation of nearly 2.4 billion euros, considering an equity value at the time of 1.94 billion euros and a net financial position of 443 million, but now the valuations circulating are in the range of 5-6 billion.

It should be noted that net income rose due to the fact that during the year the group has already been awarded a Covid-19 contribution from the Italian Government of 145.6 million for the first contribution period (until June 30, 2020). Of this total, 19.4 million was collected in May 2021, while the remaining 126.2 million was transferred without recourse to a leading factoring company, collecting 112.3 million in July 2021. As for the second contribution period, the interlocutions with the relevant authorities for the quantification of the damages suffered during the period July 1-December 31, 2020 have been concluded, and the process of awarding the company a contribution estimated at approximately 91.5 million is being formalized. Revenues are shown in the fiscal year 2021 budget at a net present value of 82.1 million, since the collection that will take place in annual installments until 2034.

As for debt, the report to the financial statements says that “from a financial standpoint, in light of the continuation of the scenario of profound uncertainty, the company has deemed it appropriate to request a waiver from the lending banks aimed at reshaping its commitments in line with the new scenario, obtaining the possibility, among other things, of not meeting the thresholds provided for maintenance covenants in 2021 and of benefiting from more flexible thresholds for 2022.”

FCPT Announces Acquisition of an Advance Auto Parts Property for $715,000