Lone Stars mulls ipo or sale for Evoca, a leading European maker of vending machines for snacks and drinks 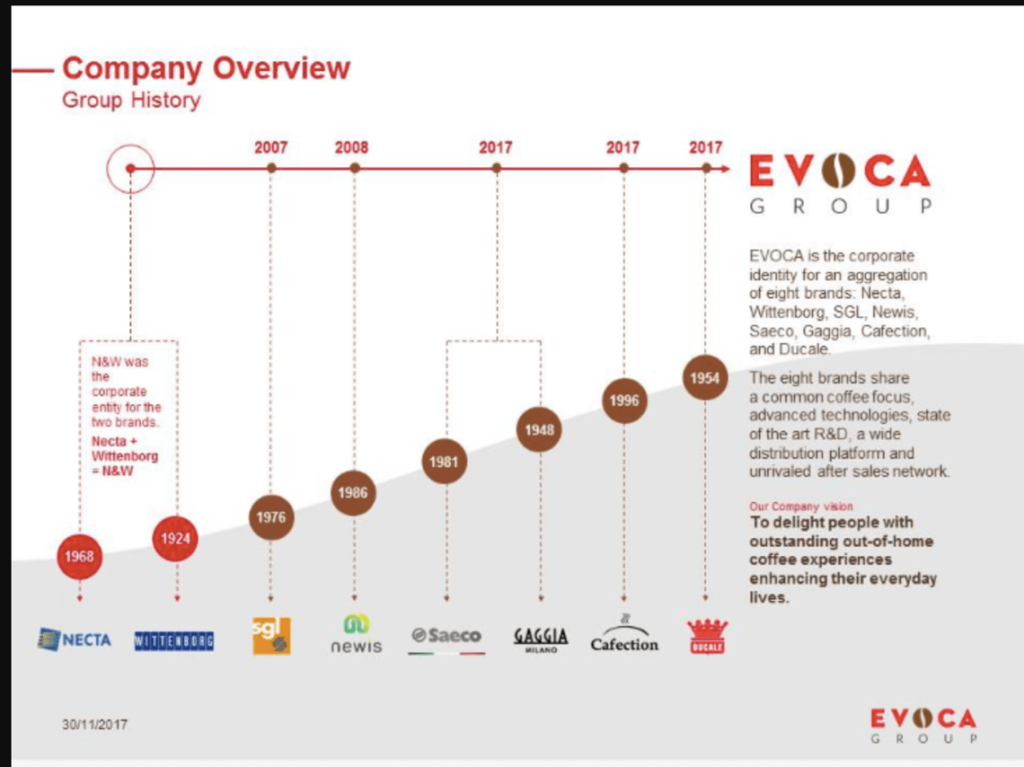 Lone Star gave an exploratory mandate to the advisor Deutsche Bank to identify the best solution, between ipo or sale to an industrial entity or a private equity fund, to disinvest from Evoca, the former N&W Global Vending, the market leader among producers of vending machines for snacks and drinks. Il Sole 24 Ore writes, stating that the group could have a valuation of around 1.5 billion euro and that there will already be demonstrations of interest from other private equity and strategic subjects.

On the other hand, the news was expected. The managing director of Evoca, Andrea Zocchi, had said this between the lines at the beginning of July, participating in Caffé di BeBeez about vending, as later reported by MF Milano Finanza. Could it be time to go to the stock market, had he been asked? “I confess I would like it very much”, Zocchi replied, pointing out, however, that “Lone Star entered our capital only a little over two years ago and therefore could be a little early. That said, we know that funds are very good at seizing the most interesting opportunities when they arise, so you never know. However, it is not said that exit will be the stock exchange. We could enter the crosshairs of a large industrial group or even again a private equity. Of course we have the size to be listed on a stock exchange. This year we will close the balance sheet with about 480 million euros in revenues “. The figure rose sharply from 416.5 million in 2017, when the group had recorded an adjusted ebitda of 95.1 million, with a net financial debt of 456 million, inclusive of 410 million euros of bonds (see here a previous article by BeBeez).

Last May, the group bought the Spanish Quality Espresso, one of the largest manufacturers of professional coffee machines and accessories of complementary accessories for the HoreCa sector (see here a previous article by BeBeez). In March, however, the group bought the US company VE Global Solutions, based in Cleveland, specialized in the sale of coffee and distributor of Necta, Wittenborg and SGL branded distribution machines in North American (see the press release here). In June 2017, however, the Italian group announced the acquisition of Les Entreprises Cafection, a Canadian manufacturer of coffee machines based in Quebec City (see here a previous post by BeBeez). In October 2016, Evoca had bought, from Royal Phillips, Saeco Vending and a license to use the Saeco and Gaggia brands in the professional coffee machine market (see here a previous article by BeBeez). And other acquisitions had been conducted in previous years.

The group’s private equity funds have always supported the aggressive acquisition campaign. In fact, Evoca has been controlled by Lone Star since the end of 2015, which had taken over the group from Equistone (formerly Barclays Private Equity) and Investcorp, which had purchased the company in 2008 from two other private equity funds, namely Argan Capital and Merrill Lynch Private Equity. The latter, in turn, in 2005 had taken over Evoca from the Compass Partners International fund, which in 1999 created the group by acquiring the Italian Necta (former Zanussi Vending) from Electrolux-Zanussi and then merging it with the Danish company Wittenborg. The group, therefore, is on the fourth round of waltz with the buyout funds.

For further information on the sector, see the Oscar del Vending here
the Vending Magazine report, to which BeBeez collaborated in depth
writing about Italian companies belonging to the vending sector
which are in the portfolio of private equity funds or are bond issuers