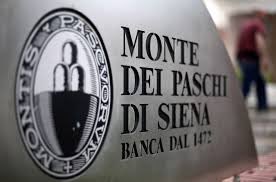 Monte dei Paschi bank reached a binding agreement with Istituto Centrale delle Banche Popolari Italiane spa (Icbpi), a leading player in the management of national and international payment services, for the sale of its merchant acquiring business to Icbpi on the basis of an enterprise value of  520 million euros (see here the press release),after the merchant acquiring processed a total transaction volume of 17 billion euro, of which 60% in points-of-sale run by large retailers and the remaining 40% with SMEs or Small Businesses.

The transaction, in line with the guidelines of the 2016-2019 Business Plan which was presented to the market on 25 October 2016, also provides for Mps and Icbpi, through its subsidiary CartaSì spa, to enter into a ten-year partnership for the development and placement through Mps Group’s distribution network of products and payment services for current and prospective Mps Group customers.

Closing of the transaction is conditional upon the fulfilment of certain standard conditions precedent for transactions of this kind, including the fulfilment of mandatory union legal and contractual procedures and obtaining authorisations from the Bank of Italy and antitrust authorities.

BonelliErede law firm supported Icbpi while Mps was supported by Lazard and Kpmg as for financial issues and by Gatti Pavesi Bianchi as for legal issues.