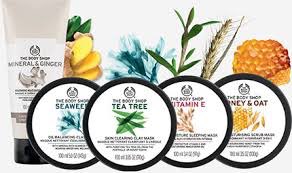 Investindustrial paneuropean private equity firm led by Andrea Bonomi asked Blue Pool Capital and GP Investments to team up in the race for taking control of The Body Shop international perfumeries retail chain, Reuterswrote. The three funds are said to have posted a bid valued more than 800 million euros.

Blue Pool Capital is the Hong Kong investment veichleowned by the Alibaba‘s founder, Jack Ma, while GP Investmetns is the biggest private equity firm in Brazil and was one of Investindustrial’s allies in the race to conquer Club Med in 2014, which was finally won by Chinese conglomerate Fosun (see here a previous post by BeBeez).

Deadline for binding bids to be submitted was said to be last Monday 5th (see here a previous post by BeBeez) but it has been moved to today. Other bidders who remained in the race are said to be Bain Capital, BC Partners, CVC, KKR, CD&Rand Pai Partners, while Advent has decided to drop out of the contest.

L’Oreal had bought The Body Shop in 2006 for 652 million pounds. The group counts more than 3k shops in the world but in 2016 recorded a drop both in revenues (to 920.8 million euros from 967.2 millions in 2015) and in ebit (to 33.8 million euros from 54.8 millions in 2015). Should Investindutrial win the auction, it will appoint former L’Oreal Italy ceo Cristina Scocchia, as new ceo of The Body Shop.

Ardian Infrastructure to buy a 49% stake in Autovia Padana. Starts a partnership with Gavio Group