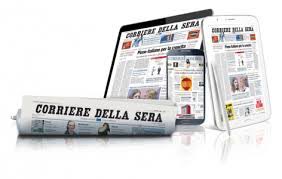 Private equity firm Investindustrial has signed an agreement with four of actual Rcs shareholders in order to launch a counter-tender offer on the Italian-listed media group which is quite higher than the one launched by  Cairo Communication (supported by Intesa Sanpaolo bank, one of other actual Rcs shareholders) (download here the press release).

Acutally Investindustrial and its four partners are offering a 0.70 euros price per share all cash while Cairo is offering a swap between Cairo Communication’s shares and Rcs’s shares which is equivalent to a 0.532 euros per share price (the offer is for 0.12 Cairo’s ordinary shares for each Rcs share).

More in detail, the private equity firm where Andrea Bonomi is managing principal and its four partners (Diego Della Valle holding 38.23 million Rcs shares or a 7.32% stake in the company capital, Mediobanca owning  32.6 million shares or 6.25%, UnipolSai Assicurazioni with 24 million stocks or 4.59% and Pirelli & C holding 23.13 million shares or 4.43%) that together own a 22.6% stake in the media group, launched a tender offer on the remaining shares representing a 77.4% stake of Rcs capital, for a total maximum consideration of  282.75 million euros. The tender offer is not aiming at delisting the company from the Italian Stock Exchange but is conditioned to reaching the control of the group with a 66.7% stake at least. Mediobanca is the mandated financial advisor for the deal.

The investors’ consortium will act through a newco of which Investindustrial will own a 45% stake while the other shareholders will own a 13.75% stake each, after having brought their Rcs’s shares and having invested new cash. More in detail,  Investindustrial will invest from a minimum of 109.6 million euros to a maximum of 164.4 miillions in cash, depending on the fact that Rcs’s shareholders will tender their shares for the miminum or the maximum accepted number. As for Mr. Della Valle, he will be asked to pay from 7 to 23.4 million euros, Mediobanca will pay from 10.6 to 27.4 millions, UnipolSai from 17 to 33.4 millions and Pirelli from 17.2 to 34 millions.

The newco will have no financial debt and will cover the payment of the tender offer through equity made available by Investindustrial and the Rcs shareholders. Moreover Mr. Bonomi and his partners said they are “already committed to provide newco with additional financial resources to subscribe its quota of potential capital increases of Rcs, up to a maximum of 150 million euros, in order to allow the creation of one of the leading international multimedia groups”.

All Rcs’s shareholder with the exception of Intesa Sanpaolo have been saying that Cairo’s offering price was too low but Urbano Cairo, founder of Cairo Communication, said that he won’t change his offer. Mr. Cairo said yesterday that this new offer is not so higher than his own if you think of the enteprise value of the groug and not just stop at the equity value.  “My offers gives Rcs a 700 million euros enterprise value, with an equity value of 285 millions and 411 millions in net financial debt. On the other hand, Mr. Bonomi and his partners value Rcs’s equity 364 million euros. Adding 411 millions in debt you obtain a 775 million euros enterprise value which is just 10% more than my offer”.

As far as the debt is concerned, Mr. Bonomi and his partners propose the lending banks no to ask for an anticipated reimburse of their loans due the change of control in the group and a stand-still till 2017 FY statements will be approved.

Investindustrial’s press release explains that “shareholders intend to support and accelerate the restructuring process positively commenced by the current management and create a multimedia publishing group of international standing, starting from the existing business platform. Particular emphasis will be placed on the world of sport events and expansion of the digital offer both through external growth and through the further enhancement of well established RCS newspapers in the European sport information landscape such as Marca and Gazzetta dello Sport”. As far as Corriere della Sera newspaper, the press release continues saying that  it use to be “for 140 years a leader in Italian and European information” and that it “will be the newspaper on which the resources of the news business will concentrate. The process of digitalization of the products offered by the newspaper will also be accelerated”.