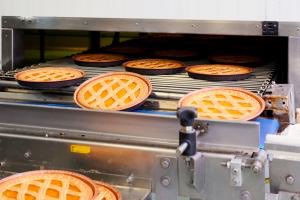 Valeo Foods is the same company that had bought Italy’s cakes and sweet snack producer Balconi from Clessidra sgr and the founding family Balconi in May 2015 (see here a previous post by BeBeez) and that was mulling to buy rusks and breadsticks producer Panmonviso which was put on sale by PM&Partners private equity firmlast Winter(see here a previous post by BeBeez). Valeo Foods owns quite strong brands in Ireland such as Jacobs Biscuits, canned beans and pees Batchelors Beans and Pasta Roma and posted about 700 million euros in revenues.

Dolciaria Val d’Enza is one of the most important player in GDO and Ho.Re.Ca. sector in Italy in the tarts category with its own brand Dolci del Castello and private label. The company reached 18.3 million euros in reveues last year, after having closed year 2015 with 14.4 million euros in revenues, 2.25 millions in ebitda and a 1.7 million euros in net financial debt (see here an analysis by Leanus, after free registration and login).

Alto Partners had bought control of Dolciaria Val d’Enza in une 2015 from a group of managers after having invested for the first time in December 2013 subscribing a capital increase for a 41.88% stake of the company’s capital ( see here a previous post by BeBeez). Alto Capital III realized a 42% Irr in the deal.

The deal does not involve Artebianca Natura e Tradizione srl, a company focused on the production of organic biscuits that had been acquired by DOlciaria Val d’Enza last June 2016 (see here a previous post by BeBeez) and has carved out fromDolciaria Val d’Enza before the closing of the deal with Valeo Foods.

Artebianca reached 10.2 million euros in revenues in 2015, 30% up from 2014, with a 2,8 million euros in ebitda a a positive net financial position of about 500k euros (see here an analysis by Leanus, after free registration and login).