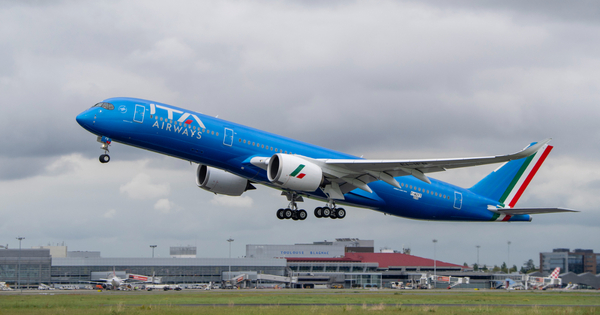 The Italian government extended the deadline for exclusive negotiations with the consortium led by the US private equity fund Certares for a majority stake in ITA Airways from 30 September to 31 October.

We recall that at the end of August the consortium made up of Certares and the airlines Air France-KLM and Delta Airlines beat MSC Group and Lufthansa in the race for ITA Airways (see here a previous article by BeBeez). It was, for many, a twist, given that everything seemed to favor the tandem made up of the German company and the Italian-Swiss maritime group. Exclusive negotiations were therefore initiated with the consortium led by the US fund, whose offer was deemed more in line with the objectives set by the Italian Government’s Decree that are “the stability of the ownership structure, the industrial dimension of integration, the enhancement of national hubs, development on strategic and long-range markets and employment prospects”.

The choice was coldly commented by Giorgia Meloni, at the helm of Fratelli d’Italia, a party that won 26% of the preferences in the vote of last September 25, winning the Italian political elections together with the centre-right coalition (see here a previous article by BeBeez): “I remember that the current government it should do the minimum things”, “so I don’t think that such a strategic matter is the competence of this government. When I have the papers I will be able to pronounce myself ”. And then: “It was necessary to evaluate the possibility of keeping our national airline”.

Having said this, in recent days Maurizio Leo, responsible of economic issues for Fratelli d’Italia, in an interview granted to Affari Italiani, about the ITA deal had declared: “I would say that it is closed. Now we need to find the financial resources, there is need for flows to make it work. Let’s hope for the best, it comes to be said. The hope is that Certares will also accompany the interventions with an industrial plan. In the meantime the State will have to put 400 millions, while the fund will have to put other 350 millions, with this injection of finance a serious project is needed”.

Mr. Leo referred on the one hand to the request for a capital increase of 400 million euros submitted by the board of directors of the company to the Italian Ministry of Economics and Finance at the end of July and on the other hand to the latest version of the offer by Certares alone, as Air France and Delta are expected to be simple commercial partners in a first stage and direct investors just some time after Certares will have bought its stake.

As for the exact structure of the offer, in recent weeks there were talks of an investment by Air France up to 9.9% and Delta for another 4%, alongside Certares which would therefore buy at least 41.1% for a total stake of 55% for which the consortium would have paid a first installment of 600-650 million plus an earn-out if ITA achieves good financial results. Now, on the other hand, we are talking about a price of 350 million euros for a stake acquired immediately by Certares alone equal to 50% plus one share of the airline, to which a capital increase of about 600 million euros should then be added, to be launched after the closing of the agreement for the sale of the first stake by the Italian government. As for the Lufthansa-MSC consortium, the offer presented was said instead to have been between 850 and 900 million euros for an 80% stake, with MSC taking a 60% and Lufthansa a 20%, while the consortium would have bought the remaining 20% ​​from the Italian Government as a second step.