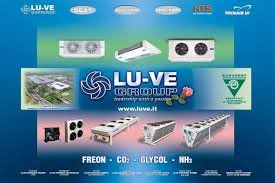 Lu-Ve Group, an Italy’s leading producer of heat exchanges, will list on the Italian Stock Exchange at the Aim Italia market thanks to a business combination with Industrial Stars of Italy (ISI), a Spac (Special Purpose Acquisition Company) promoted by Giovanni Cavallini (former chairman and ceo of Interpump spa) and Attilio Arietti (founder and chairman of Arietti&Partners-m&a International advisory boutique) (see here the press release).

ISI raised 50 million euros in July 2013 from Italian and international istitutional investors and was listed at the Aim Italia market. Funds raised by the Spac was to be invested in order to finance business growth of an Italian industrial company by next 24 months. UBI Banca acted as the global coordinator for the listing of ISI and it is now its Nomad and specialist.

More in detail, Lu-Ve will acquire ISI and ISI’s shareholders will receive in exchange new issued shares of Lu-Ve and Lu-Ve shares will be admitted to listing at the Aim Italia (see here the Admission to listing document). The whole deal depends on the positive vote of the shareholders’ meetings of ISI and Lu-Ve group which are going to be held next April. The business combination is expeted to be effective by the first half of July.

Founded in 1985 by Igino Liberali, Lu-Ve Group is now one of the leading producers of heat exchangers in Europe for the refrigeration market. The group has production plants in Italy, Poland, Czech Republic, Sweden, Russia and China and sales companies in Europe, Asia and Middle East. The company employs about 1400 people and reached 194 million euros in revenues in 2013 of with about 80% from exports in more than 90 countires. Lu-Ve Group reached a 26.3 million euros ebitda with net financial debt of 29.1 millions. In the nine months ended last September 30th the group reached 180,9 millions in revenues with 23.5 millions of ebitda and a net financial debt of 75.1 millions.

Lu-Ve Group will be evaluated 6.2x  2014 ebitda. The deal will be succesful of ISI’s shareholders representing not more than 30% of ISI’s capital are exercising their opt out option The free float will range from 20% (in the case of a 30% withdrawal) to 26% (if there is no withdrawal).

Lu-Ve spa is controlled with a 74% stake by the Liberali family through Finami, while the Faggioli family (trough G4 group) controls the remaing 26% stake.