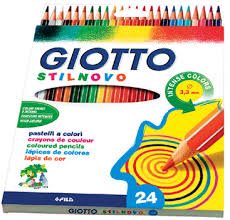 Founded in 1920, Fila group is controlled by the Candela family through its Pencil spa holding company and has been chosen by Space spa as the right target for its business combination.

Space spa is an Italian joint stock company, which qualifies as a Special Investment Vehicle (or SIV), whose shares have been admitted to listing on the Professional Segment of the regulated Telematic Market for Invesment Vehicles  (or MIV) organized and operated by  Borsa Italiana spa in December 2013.

Financial advisors to Space spa for the deal is Lazard while Bonelli Erede Pappalardo e Giovannelli e Associati law firm is the legal advisor. Fila ia instead supported by Leonardo&Co on financial issues and by Pedersoli e Associati on legal issues.

In October 2013 the group had been valued around 250 million euros. On that date Winch Italy private equity fund managed by Edmond de Rotschild, Investment Partners sold its stake in Fila’s capital while Vei Capital di Palladio Finanziaria‘s Vei Capital fund acquired  in turn a minority stake and the other institutional investor IntesaSanpaolo (which has been a shareholder since 1999) retained too a minority stake.

IntesaSanpaolo will now exit from its investment selling its 13% stake to Space spa, while Vei Capital will sell a 4% stake. The two stakes after cancellation of treasury shares, will count as a 15.49% stake. The Candela family will not sell any share but will see its stake diminishing as far as Space spa will subscribe a capital increase which might range from 50 to 65 million euros depending on how many Space’s shareholders will decide to exercise the option to recede from the deal. So Space’s investors will control a stake ranging from 30.4% to 34.5% in Fila’s capital. If noone will recede, the Candela family will retain a 52.23% stake in the company (or 64.95% of voting rights) and Space holding srl will have a 2.92% stake.

“If noone of the shareholders will recede, Space will give back to its shareholders 26.9 million euros as Fila just need about 100 million euros for its future business growth”, Roberto Italia told MF-Milano Finanza, adding that “if the deal will be a success, Fila will raise its stake in India’s  Writefine Products from 18.5% to 50% investing around 15 million euros and will look for other potential m&a targets around Europe. Some talks are already started with some counterparts which might be facilitate by the fact that Fila will be a listed company and a share versus shares deal might be structured”.

Yesterday the two company’s boards approved the business combination and next February 19th and 20th the deal will be voted in the two shareholders meetings. The merger between the two companies should be effective by the end of May, Soace spa will then change its name in Fila and the company will be transfered on the principal Mta market by the end of the year.