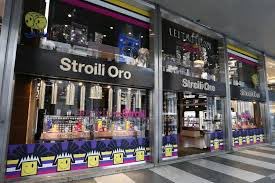 Thom Europe, the leading jewellery and watches retail chain in France and owner of Histoire d’Or, bought the leading Italian jewellery brand Stoili Oro, after rumors had been spreading out since last December (see here a previous post by BeBeez).

Sellers are private equity funds managed by Investindustrial, L Catterton, 21 Investimenti, Wise, NB Reinassance and Ergon Capital and othre minority shareholders. Ceo Maurizio Merenda has been confirmed in managing the company (see here the press release). Rotschild acted as Thom Europe’s financial advisor for the deal, while the sellers have been advised by Lazard.

The value of the deal has not been disclosed. However Stroili Oro reached 240 million euros in revenues in 2015 with a 34 million euros ebitda which brings the enterprise value to about 300 million euros at 9x ebitda multiples, which is more than the 270 million euros that were said Emerisque fund was willing to pay for the company last year after it had entered in exclusive talks with the sellers in Novembre 2014. Back then Emerisque’s bid was preferred on the ones from Italy’s private equity firm Clessidra and Russian Vtb. However Eqmerisque did not find an agreement of the price and sellers gave up talks.

Since Investindustrial’s entry into Stroili in 2006, the company has evolved into a branded fashion retailer focused on both shopping mall and city centre retailing with an increasing footprint in directly operated stores. Under the ownership of Investindustrial and its co-investors Stroili has undergone a transformational change programme and has broadly tripled its revenues and doubled its ebitda, creating approximately 1,000 new job opportunities, to achieve a leading share of the Italian affordable jewellery market. In the twelve months ended 31st March 2016, Stroili generated total in-store sales of 216 million euros and pro forma ebitda of 35 millions. Stroili is headquartered in Udine, Northeastern Italy and has approximately 1,370 employees.

Thom Europe, which is in turn controlled by private equity funds managed by Bridgepoint, Apax Partners, Altamir, Management and Qualium Investissement, is the leading jewellery and watches retail chain in Europe, as measured by number of stores, and among the top five jewellery and watches retail chains in Europe, as measured by sales. In the twelve months ended 31st March 2016, it generated total in-store sales of 387 million euros and pro forma adjusted ebitda of 78 millions. Its products are available through a network of 572 directly operated stores, principally located in shopping centres, as well as through the Histoire d’Or e-commerce platform. The group’s three complementary main banners are Histoire d’Or, Marc Orian and TrésOr.