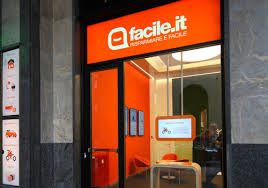 Silver Lake acquired from EQT and Oakley Capital a majority stake in Facile.it, an Italian platform for comparing utility bills, loans and mortgages (see here a previous post by BeBeez). The asset’s enterprise value is in the region of one billion euros. Facile.it has sales of more than 140 millions with an above 30% ebitda margin. Tobias Stuber is the ceo of the company. Eqt hired Goldman Sachs as financial advisor and Latham & Watkins as legal counsel. Morgan Stanley (financial advisor) and Simpson Thacher & Bartlett and BonelliErede (legal) assisted Silver Lake.

San Quirico, the hodling of the Garrone and Mondini Families, and Australia’s IFM Investor created a newco that will own 62.5% of Milan-listed energy company ERG (see here a previous post by BeBeez). IFM will have 35% of the newco and 22 of the company. Such a stake is worth more than one billion as ERG’s market capitalization is of 4.6 billion. IFM signed an option for investing a further 500 million through a capital increase. The closing should take place by 3Q22. ERG will not delist as San Quirico will keep its role as the firm’s controlling shareholder. ERG has a turnover of 1.04 billion, an ebitda of 426 million and a net financial debt of 2.18 billion.

Industrie De Nora , an Italian producer of machinery for the water treatment sector, will list at 13,50 – 16,50 euros per share or a market capitalization of 2.7 – 3.8 billion euros (see here a previous post by BeBeez). The ipo will close at the end of June. Credit Suisse and Goldman Sachs International act as joint global coordinators: BofA Securities, Mediobanca and UniCredit are the joint bookrunners. SQ Invest, an investment firm that belongs to San Quirico spa (the holding of the Garrone Mondini Family that controls Milan-listed ERG) committed to act as cornerstone investor. SQ Invest and 7-Industries Holding, the family office of Ruthi Wertheimer, will buy shares worth up to 100 million each. Alessandro Garrone will be an independent director (see here a previous post by BeBeez. and here the 2021 financials of De Nora, available for the subscribers to BeBeez News Premium).

On 23 June, Thursday, Generalfinance will close its ipo (see here a previous post by BeBeez). The listing on Milan market will take place on 29 June, Wednesday, with a share price of 7,12 – 7,63 euros and a pre-money value of 70 – 75 million euros. Banca Akros and Intesa Sanpaolo – IMI CIB act as joint global coordinator, Ceresio sim and Invest Italy sim are the co-lead manager, while Banca Akros is the sponsor. Generafinance currently belongs to its ceo Massimo Gianolli (53%) and Credito Valtellinese, part of Crédit Agricole Italia, (47%). In addition, the company will issue up to 2.8 million new shares. Crédit Agricole will sell up to 2.1 million and signed an over-allotment and a greenshoe option with the joint global coordinators and co-lead manager for up to 491,356 shares. First4Progress spa (F4P), a search investment vehicle that Milan-listed First Capital launched in 2021, will pour 10 – 15 million in Generalfinance.

Engineering finally signed a binding agreement for acquiring 43.209% (45.630% fully diluted) of Milan-listed Be Shaping the Future at 3,45 euros per share per azione (see here a previous post by BeBeez). Tamburi Investment Partners owns 28.3% of Be Shaping. Earlier in February, Stefano and Carlo Achermann committed to sell a total of 43.2%, of Be Shaping to Engineering – Ingegneria Informatica at 3,45 euros per share or a total of 200 million and to reinvest a total of 26.89 million in the buyer’s controlling shareholder Centurion Bidco ( a vehicle that belongs to Bain Capital Private Equity and NB Renaissance). Tip will reinvest for 26.9 million. Be Shaping the Future has sales of 235 million, an ebitda of 37.1 million and net financial debts of 21.7 million.

Patrizia European Infrastructure Fund, an infrastructure fund of Germany’s asset manager Patrizia, announced the acquisition of 80% of Biomet, a waste management company, for 75 million euros (see here a previous post by BeBeez). Antonio Barani, ceo and founder of the target, and Walter Lagorio, sold their stakes. Barani will reinvest for a 20%. The vendors hired BNP Paribas as financial advisors, White & Case has counsels and Belluzzo International Partners as tax advisor. Gianni & Origoni, EY and Willis Towers Watson assisted Patrizia. After such an investment will build a plant for producing LNG out of natural waste.

LBO France and Yarpa announced the sale of McIntosh Group (fka Fine Sounds), a producer of high-end HiFi items, to Highlander Partners  (see here a previous post by BeBeez). LBO and Yarpa acquired the asset in May 2014 from Quadrivio on the ground of an enterprise value of 9X ebitda, or 144 million US Dollars, sales of 85 million (more than 70% out of Europe) and a net financial debt of 30 million.

Lutech, an Italian ICT company that belongs to Apax Partners since March 2021, announced the acquisition of Artis Consulting from the founder Luca Filippone (see here a previous post by BeBeez). Artis has sales of 3.1 million euros, an ebitda in the region of 0.6 million and net cash of about 1 million. Apax Partners acquired Lutech from One Equity Partners (OEP) on the ground of an enterprise value of 500 million. The company has sales of 423 million, an ebitda of 36.6 million and a net financial debt of 131.5 million.

Ethica Global Investments, a club deal vehicle that Ethica Group, the financial services firm that Cosimo Vitola and Fausto Rinallo created, acquired the majority of Manifattura Sesia, a textile company, from the Baccalaro and Serra Families (See here a previous post by BeBeez). Eugenio Parravicini and Chiara Serra will keep their roles  of ceo and creative director of Manifattura Sesia. The company has sales of 18 million euros.

Smart 4 Engineering (SM4), a French private equity with a focus on ICT that Cyril Roger and Carlo Torino created, acquired Atlantica Digital and its subsidiary Atlantica Cybersecurity from Pierre Levy (ceo), Fabrizio Del Nero (general manager), Maurizio Tufo, and Fabio Cappon (See here a previous post by BeBeez). Torino will be the cfo of Atlantica, which has sales of 50 million euros and an ebitda of 4.5 million.

Gruppo Nespoli, a producer of tools for the construction industry, sold a 5% to illimity Credit & Corporate Turnaround Fund, an investor in Utps that Milan-listed illimity that will also provide factoring lines (See here a previous post by BeBeez). The company belongs to the Nespoli family who hired PwC as financial advisor and StudioLegale Associato DMC as counsel. The fund could increase its stake in the company to 15% in the next five years. Previous press reports quoted the chairman Luigi Nespoli as saying that the company could list on Milan market. Nespoli has sales of 186 million  euros (80% export).