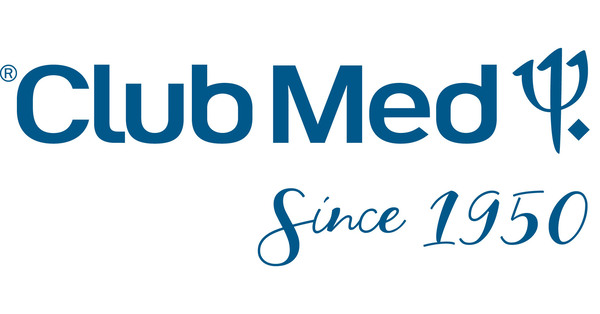 Club Mediterranée, the iconic tour operator that since 2015 belongs to Chinese Fosun through Shangai-listed Fosun Toursim Group, could be again up for sale (see here a previous post by BeBeez). Fosun owns a controlling stake in Club Med, after it took over the company and delisted it from the Paris Stock Exchange. For Fosun, however, it had not been a walk in the park, because long vying for its prey had been Investindustrial, the private equity operator founded by Andrea Bonomi, which in turn had launched a counter-offer that led to several raises. Fosun now needs to fetch 11 billion US Dollars in the next 12 months. Club Med is one of the assets that could go up for sale. The company is said to be of interest again to Investindustrial, who in October 2020 had launched, together with Unicredit and the Chinese sovereign wealth fund China Investment Corporation (CIC), the China-Italy Industrial Cooperation Fund (CIICF), to invest in Italian mid-market companies with development opportunities in China, with an initial endowment of 600 million euros fully subscribed by the three partners (see other BeBeez article) and which has now reached 1.5 billion. According to BeBeez, until now that fund had precisely been used by Investindustrial to conduct follow-on on investees of its funds that needed to conduct new investments in China. Now, on the other hand, it could be the right tool to take the chestnuts out of the fire for Fosun and for Investindustrial to get its hands on what it considered a very attractive asset at the time.

Milan-listed TIM said on 29 October, Saturday, that the company, CDP Equity, KKR, Macquarie, and Open Fiber postponed from 31 October to 30 November  the deadline for signing the agreement for an integration of the network infrastructures (See here a previous post by BeBeez). By 30 November the companies and the funds will have to sign non-binding agreements, while they will have to sign binding contracts by early 2023.

On 31 October, Monday, the exclusivity talks between the Italian Ministry of Finance and Certares Management, Air France-KLM and Delta Airlines for ITA Airways expired, even if talks are still ongoing (see here a previous post by BeBeez). The Italian airline reportedly attracted the interest of MSC and Lufthansa that may reiterate their offer.

CDP Equity sold back for 168 million euros to the Cremonini  spa, the meat group owned by the emonymous family, its 28.4% of Inalca, a producer and distributor of bovine meat (see here a previous post by BeBeez). In 2014, Fondo Strategico Italiano (whose portfolio was then transferred to CDP Equity) acquired such a stake in Inalca with Qatar Investment Authority (QIA) for 165 million euros.

From two companies (Luc & Bel and ModenPlast) previously owned by Benvic Group, a French PVC maker that belonged to Investindustrial, is born Arterex a new pole with a strategic focus on the medical sector (see here a previous post by BeBeez). The deal has been made through Investindustrial Growth III, a new fund launched by Investindustrial which has raised about raised 750 million euros ahead of a target of one billion. Arterex also acquired US based Formula Plastics and Italy’s Kabo.

Angelini Consumer, part of Angelini Industries and Prénatal (a portfolio retail company owned by  of PRG Retail Group, in turn 100% owned by Artsana which is 60% owned by Investindustrial) launched iMammaShop, an e-commerce platform for childcare products (See here a previous post by BeBeez). Investindustrial reportedly hired Mediobanca and Lazard as financial advisor for selling PRG Retail Group, the owner of Prénatal born in 2015 out of a joint-venture with Italian toys distributor Giochi Preziosi. In 2017, Artsana, a company that belongs to Investindustrial and the Catelli Family acquired the whole PRG.

Prima Industrie, an Italian industrial company, is closer to delist from Milan market as the European Commission approved the offer of Alpha Private Equity and Peninsula Investments (See here a previous post by BeBeez). The transaction doesn’t raise competition issues.

Metrika acquired the majority of CMC, an Italian producer and distributor of aerial platforms, from the Mastrogiacomo and Moretti families that retained Alantra as advisor (see here a previous post by BeBeez). CMC has sales in the region of 50 million euros.

Charme Capital Partners won the auction for the acquisition of 70% of Tema Sinergie, an Italian developer of clynical solutions, on the ground of an enterprise value of 200 million euros (see here a previous post by BeBeez). Mediobanca handled the auction that attracted the bids of Clessidra Private Equity, Ardian, Apax Partners, and Agic Capital. Luciano Piancastelli (25%), Stefano Piancastelli (15%), Aurelio Romualdi (30%), Amedeo Laghi (20%), and Andrea Peroni (10%) sold part of their stakes. Tema has sales of 51.9 million euros, an ebitda of 9 million and net cash of 2.1 million.

Vega Carburanti, an Italian chain of gas stations, sold its subsidiary Levante to the competitor Amegas, part of Zetagas/Energas (see here a previous post by BeBeez). Vega has sales of 605 million euros and an ebitda of 21.3 million.

Italpizza, a company that belongs to Dream Food of Cristian Pederzin, beaten the bidders for the auction of Mantua Surgelati with an offer of 60 million euros (see here a previous post by BeBeez). Mantua Surgelati has sales of 104.6 million (export of above 50%) and an ebitda of 6.3 million.

Ocean 14 Capital Fund, a London-based private equity that for impact investing, supported MITO, a shellfish aquaculture company, for the construction of mussel farms in Italy and The Netherlands (see here a previous post by BeBeez).

Marco and Giovanni Sciscione sold 92% of Italian TV GM24 to IGI Investimenti Group (see here a previous post by BeBeez). The vendors acquired the asset in 2019 from HSE, the Italian subsidiary of German Home Shopping Europe. GM24 has sales of 25.2 million euros, an ebitda of 0.09 million and net cash of 2 million. IGI aims to implement a multichannel strategy for GM24 and integrate the company with its portfolio company operating in the metaverse sector.

Atlas sgr (former Main Capital sgr) an asset manager that belongs to Aurum (75.02%), IBL Banca (19.99%) and Miro Ventures (4.99%), will carry on ESG investments in local excellent Italian companies (see here a previous post by BeBeez). Atlas is headquartered in Milan and has offices in Rome and London. The company’s directors are Gennaro Olivieri (chairman); Pierfrancesco Barletta (vicechairman); Luciano Maranzana (ceo); Serena Angelini, and Giovanni Boccuzzi. The shareholders created the firm out of the acquisition of Main Capital sgr and after having subscribed a capital increase.